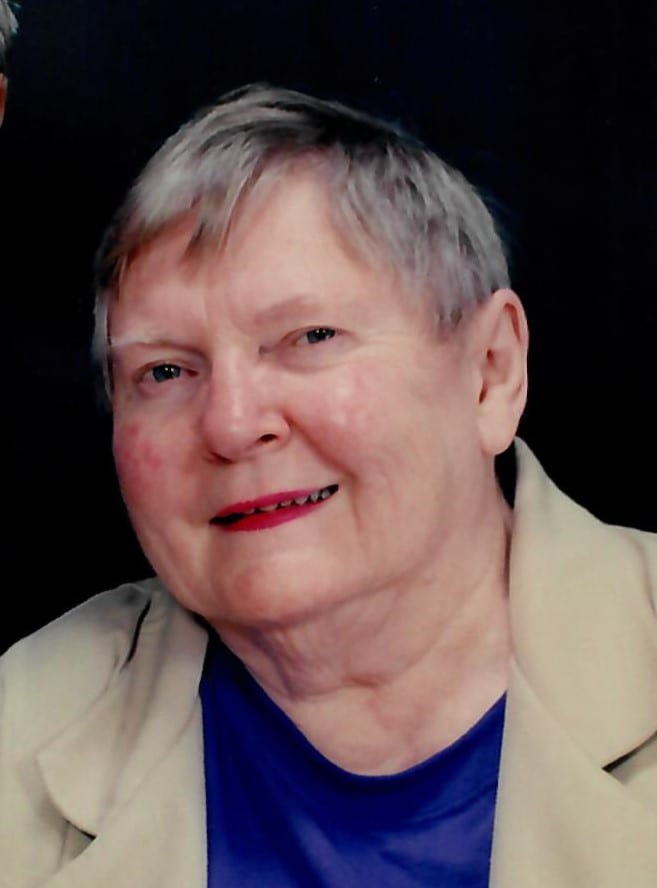 Margaret was born December 11, 1927 to Arthur and Florence Wilson in Warren, OH. She had been a resident of Westminster Village in West Lafayette for 3 years where she passed.
Margaret graduated from Warren G. Harding High School in 1947. She graduated from Huron Road School of Nursing in Cleveland, OH in 1950. She completed her Bachelor of Science degree from St. Francis College in 1979.
Margaret married Richard Bergdahl on November 14, 1953 in Warren, OH. They spent a year in Germany while Richard was deployed serving in the Army. As a young couple, they developed a love of travel that blossomed later in life.
Margaret began her career as a night supervisor at Huron Road Hospital followed by work as an obstetric nurse at St. Elizabeth Hospital in Lafayette, IN (1955 – 1964) and Home Hospital in Lafayette, IN (1971 – 1975). She was Director of Nursing at the Pythian Home (1976 – 1978) then Inservice Director at the Indiana Veteran’s Home, she retired in 1993.
Richard and Margaret have been members of the Federated Church in West Lafayette and were very active in WALLA for many years. They became world travelers after retirement. They visited 39 countries on 6 continents together. Richard and Margaret always loved dogs, mostly dachshunds and one Doberman, in particular, who thought he was a dachshund. They also enjoyed antiques and other collectibles.
Margaret is survived by husband Richard of West Lafayette; daughter Rebecca (John) Stuckey of Lafayette; granddaughter, Miranda Stuckey of Somerville, MA; grandson, Jack Stuckey of Lafayette; Sister-in-Law, Carol (Bob) Strough of Anderson, IN; and cousin, Susan (Jim) Wickham of Jacksonville, FL.
She was preceded in death by her parents Arthur and Florence Wilson; nephew, Scott Miller, and many aunts and uncles.
Memorial contributions in Margaret’s name may be given to Lafayette Urban Ministry (LUM), Food Finders, or the Federated Church.
Visitation will be from 10:00 am until time of service at 11:00 am, Saturday, March 7, 2020 at Federated Church, 2400 Sycamore Lane, West Lafayette, IN 47906.
Interment will follow at Tippecanoe Memory Gardens, 1718 W. 350 N., West Lafayette, IN 47906.