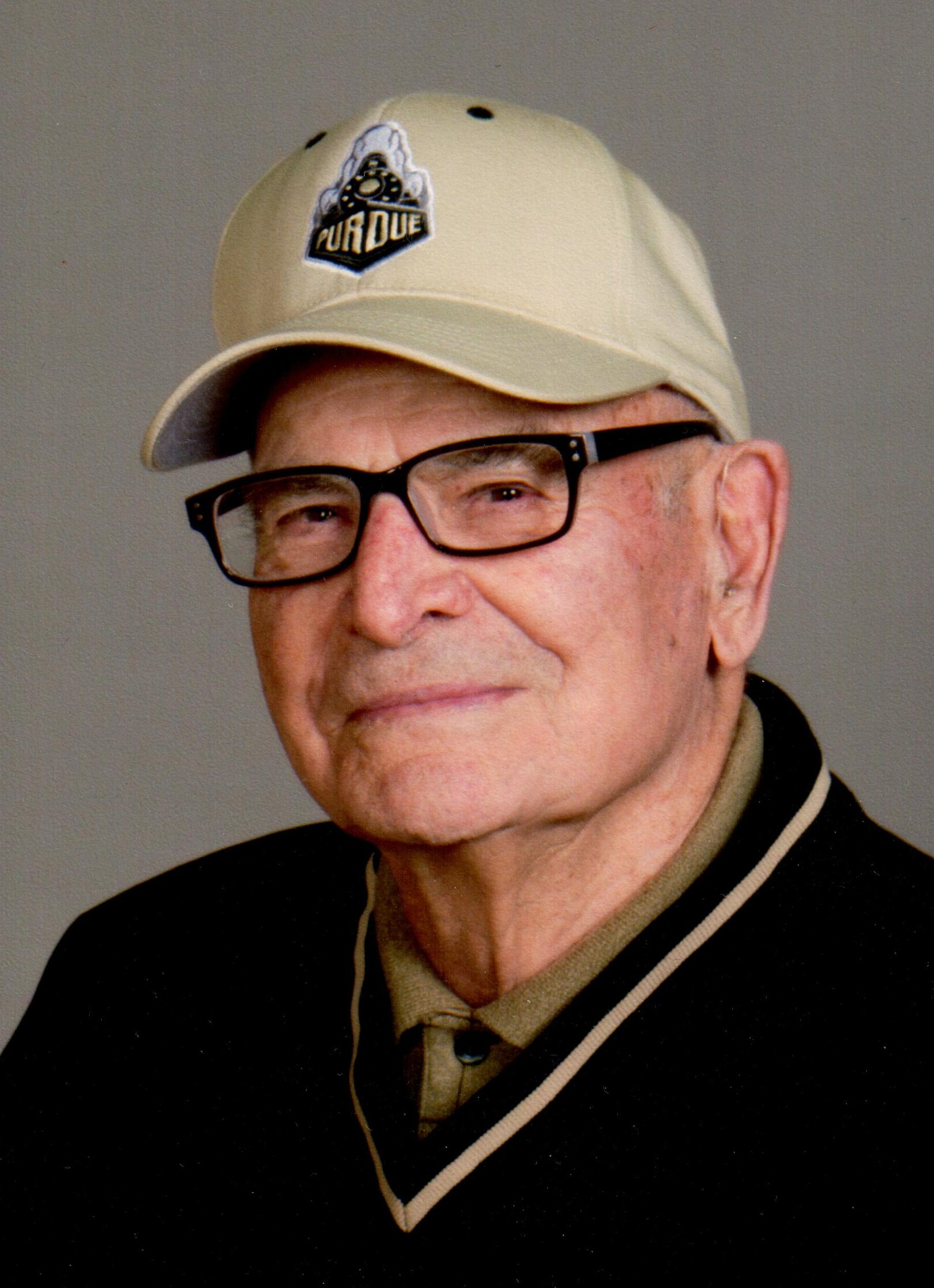 He was born February 22, 1921, in Clarks Hill, to the late Lloyd and Flossie (Arnold) Stingley.

Malcolm graduated from Clarks Hill High School and went on to farm until the age of 95.

His first marriage was to Lelabeth Lister in 1943, she preceded him in death in 1982. He then married Helen (Lasley) Smith in 1984 and she survives.

He was a member of John Purdue Club and enjoyed woodworking, playing marbles with his family and Purdue sports especially women’s basketball and anybody playing against IU.

Malcolm was preceded in death by a sister, Margaret Altic, and brothers, Omer, Keith and Lowell Stingley.

Visitation will be from 1:00 pm until the time of the service at 3:00 pm on Monday, October 11, 2021 at Stockwell United Methodist Church, 6941 Church Street, Lafayette with Rev. James Higdon officiating.  Interment will follow at Yorktown Cemetery.

Memorial contributions may be made to Stockwell United Methodist Church.