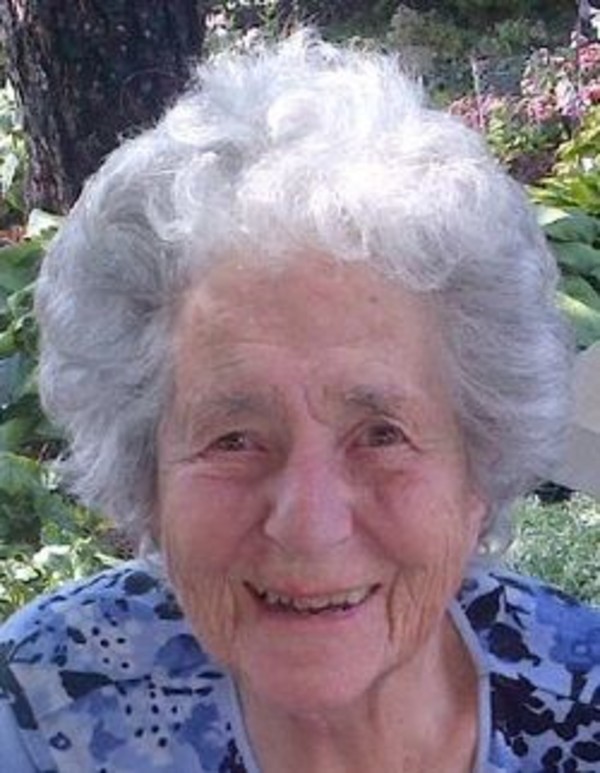 Lotte Hirsch was born on January 26th, 1923 to Paul and Martha Landmann in Mannheim, Germany. She passed away peacefully at Westminster Village in West Lafayette, IN on February 4th, 2016. Her early years were spent in comfortable surroundings, but the rise of the Nazi regime brought drastic changes. Lotte and her family escaped Germany in 1938, first to Switzerland and then England, where Lotte studied and learned both French and English.

In 1940 the family immigrated to New York City. Lotte studied at Queens College where she met the love of her life, Walter Hirsch. Married in 1947, the newlyweds arrived at Purdue University where Walter became a professor of Sociology. Lotte was the proud mother of four children. Martin, Judy, Janet and Dan.

While living in West Lafayette, Lotte earned a Master’s in Education and enjoyed a long career teaching 4th grade at Klondike Elementary. Lotte was a voracious reader and a lifelong learner.

Lotte was passionate about the natural world and the great outdoors. She could be found skiing in arctic temperatures on vintage 1930’s era skis, trekking in Nepal, camping in the Rockies or riding her bike to the pool for a quick swim. Lotte and Walter enjoyed many trips both domestically and abroad including sabbatical years in Israel and Switzerland. An eight-month around the world trip in 1979-80 took them to a variety of exotic locales, with just a small carry-on bag for each traveler.

Lotte was active in the community including: The ACLU, the League of Women Voters, Hadassah, and Temple Israel. She had a strong sense of social justice and was not shy with her opinions. She gave generously to many causes, but was frugal when it involved her own needs.

Lotte’s home was the site of many social gatherings where she and Walter cultivated a loyal circle of friends. Lotte and Walter frequently enjoyed theater, film and musical events at the university.

Interment will be at the Jewish Cemetery in Lafayette and a memorial service is planned for later in the year.