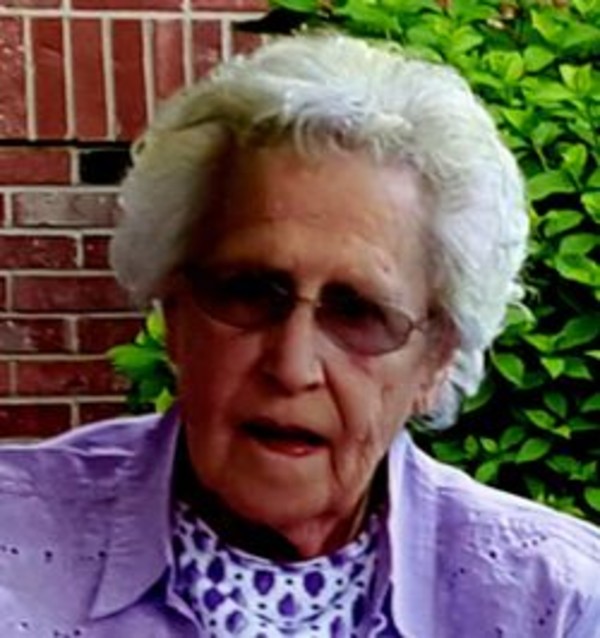 Loretta A. Robertson, 86, of West Lafayette, IN, passed away peacefully November 8, 2018, surrounded by her family. Loretta was born September 4, 1932, in Cass County, IN to the late Walter and Hilda (Gallaher) Whiteman. She grew up on a farm with five brothers: John, Roy, Lester, Gerald, and Paul. Although her brothers preceded her in death, memories of their time working and playing together on the farm gave Loretta a lifetime of stories to pass on to her family.

Loretta was a proud graduate of Idaville High School Class of 1950.  She looked forward to connecting with her Idaville friends each year at the Idaville Alumni Dinner.

Loretta married Ward B. Robertson Jr. on December 1, 1951, in Burnettsville, IN. They lived in White, Warren, Benton, and Tippecanoe counties.  Ward preceded her in death, October 16, 2000. Together, Ward and Loretta had two children, Tom (Pam) Robertson and Patsy (Everett) Williamson.  She was proud of Tom and Patsy and loved them dearly.  Ward and Loretta were heartbroken upon Patsy’s sudden death on March 10, 1995.  Loretta cherished being a grandmother.  She will be missed by John (Nancy) Robertson, Kelli (Kyle) Bowen, Matthew Williamson, Zachary ( fiancé Brooke Richardson) Williamson and Leanne Williamson-Jones. It was Loretta’s great joy to be a great-grandmother to Tanner, AJ, Fletcher, Palmer, Rose, Conrad, Julius, and Hunter.

Loretta was close to her extended family. She will be remembered as a loving daughter, sister, wife, mother, grandmother, Aunt ‘Retta, cousin, and friend.  She is survived by one sister-in-law, Loretta Whiteman, and many nieces, nephews, and cousins.

Loretta worked at Radio Materials Corporation, CentraLab Philips Electronics, and Purdue University Residences. She enjoyed learning new skills, making workplace friendships, and having the satisfaction of a job well done.  Loretta enjoyed getting to know many residents of Friendship House, especially as she worked in the office of Friendship House North.

Loretta’s family would like to express their heartfelt thanks for the wonderful care given by U.S. Renal Care, WellBound, Heritage Healthcare, and Great Lakes Caring Hospice.

Visitation will be Friday, November 16, 2018, from 10:00 -11:00 AM with a funeral service to follow at the Soller Baker West Lafayette Chapel, Pastor Chris Danielson officiating. Burial will follow at Tippecanoe Memory Gardens in West Lafayette. If desired, donations in Loretta’s memory can be made to Saint Andrew United Methodist Church or Idaville High School Alumni Association Scholarship Fund. Envelopes will be available at the funeral home.