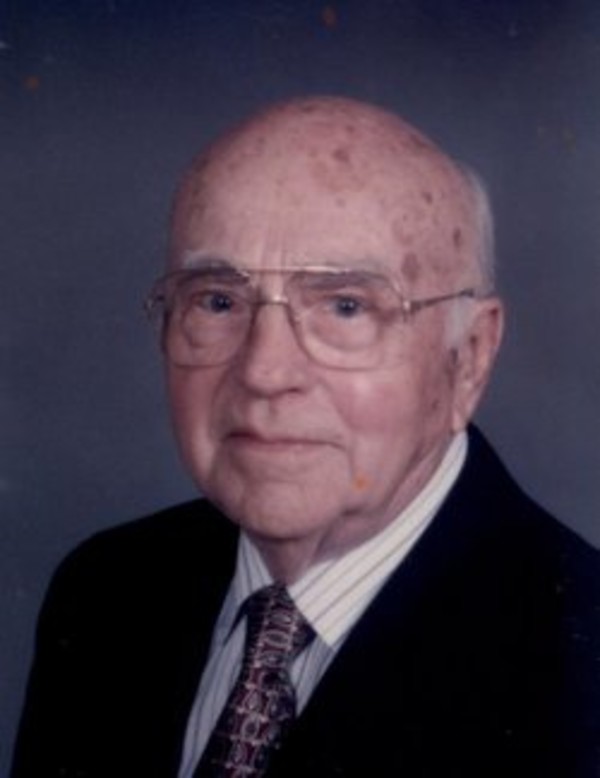 Lon A. Cushman, 102, of West Lafayette, died at 7:57 AM Tuesday, November17, 2015 in his residence. He was born May 8, 1913, in Gary, to the late Lonnie and Adeline Cushman. He graduated from Horace Mann High School and attended Gary College for two years. In the early 1930s, he sang and played saxophone for the Ted Nering Orchestra. On August 22, 1935, he married Marie C. Moore in Crown Point. She preceded him in death on February 9, 1993. Lon designed layouts for residential kitchens including some kitchens featured in Better Homes and Gardens magazine. Later, he worked for M. J. Fisher & Co. in Chicago, which managed sales of industrial casework. He retired as vice president after 13 years. Lon and Marie moved to West Lafayette in 1980, and in his retirement he became a Master Gardener. Surviving are his daughter, Carolyn M. Roth (husband Jim) of West Lafayette, his son, Kenneth D. Cushman of Carmel, a granddaughter, Marie C. Roth Henderson(husband David) of Mulberry, a brother, Lawrence K. Cushman of New Hampshire, a nephew, Perry Cushman of California, and a niece, Nancy Matregrano (husband Ralph) of Massachusetts. The family would like to thank Dr. Jeremy Adler and his staff, also, caretakers Kimberly, Kelly, Christy, and Maria, and Serenity Hospice. Visitation will be 5:00 PM to 8:00 PM Sunday, November 22, 2015 at the Soller-Baker West Lafayette Chapel, 1184 Sagamore Pkwy W., West Lafayette, IN 47906. The Mass of Christian Burial will be Monday at 10:00 AM at the Church of the Blessed Sacrament, 2224 Sacramento Dr. West Lafayette, IN 47906. Fr. Ted Dudzinski will be officiating. Entombment will be immediately following at Tippecanoe Memory Gardens. Those wishing may contribute to Caring Bridge, c/o donation processing center, PO Box 6032, Albert Lea, MN 56007-6632 or Serenity Hospice, 724 W. Navajo Street, West Lafayette, IN 47906.