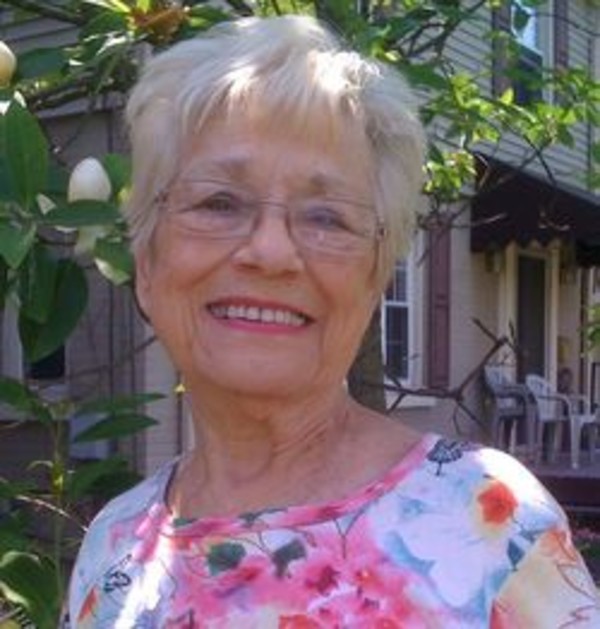 Lois Bernhardt Spradley, 85, of Lafayette, died Friday, June 5, 2015 surrounded by family. She was born October 5, 1929, in Booneville, IN to the late Leonard and Clara Lutz. Lois graduated from University of Evansville in Music Education, and achieved Master's Degrees at Butler University in Organ, and at Purdue University in Library Science. She was married to her college sweetheart David Bernhardt who preceded her in death in 1979. She was later married to Earl Spradley, of Lafayette, until his death in 2004. Lois was a teacher and accomplished musician. She enjoyed giving piano and organ lessons and recitals. Lois was still performing until her passing. She was a member of Trinity United Methodist Church, the Organists Guild, and Lafayette Musicale. Lois loved life and lived it fully, and we mean “FULLY!” Age was irrelevant. She enjoyed spending time at her children's homes across the country and traveling around the world. She loved being “Grammy” to her grandchildren and great grandchildren. It was her opportunity to share stories and life lessons. They kept her young, and in return she enjoyed “corrupting” them with activities such as sneaking into a second movie. Lois-Mom-Grammy left her mark in our hearts and will be sorely missed. Surviving are her five children, Susan Mitchell (Kim) of Woodbury, MN, Sally Ross of Lafayette, Ted Bernhardt of Puerto Rico, Julie Duelm (Brian) of The Woodlands, TX, and Jill Dehnke (Greg) of Indianapolis, 14 grandchildren, 9 great grandchildren, and many nieces and nephews. Lois was preceded in death by her 2 sisters and 2 brothers and their spouses: Janice (Walt) Raibley, Carrie (Dale) Dicks, Jake (Helen) Lutz, Happy (Ethyl) Lutz, nephew Jan Raibley, nieces June Redelman, and Frances Raibley. Also surviving are stepchildren Adrienne Sharp, Pam Distennett, Margarita Bernard, and David Spradley. Visitation will be from 4:00-8:00 pm Monday at Trinity United Methodist Church, 404 N 6th St., Lafayette, Indiana. Funeral service will be Tuesday at 11:00 am at Trinity United Methodist Church. Burial will be 2:00 pm (Eastern time) Wednesday at Locust Hill Cemetery in Evansville, Indiana.