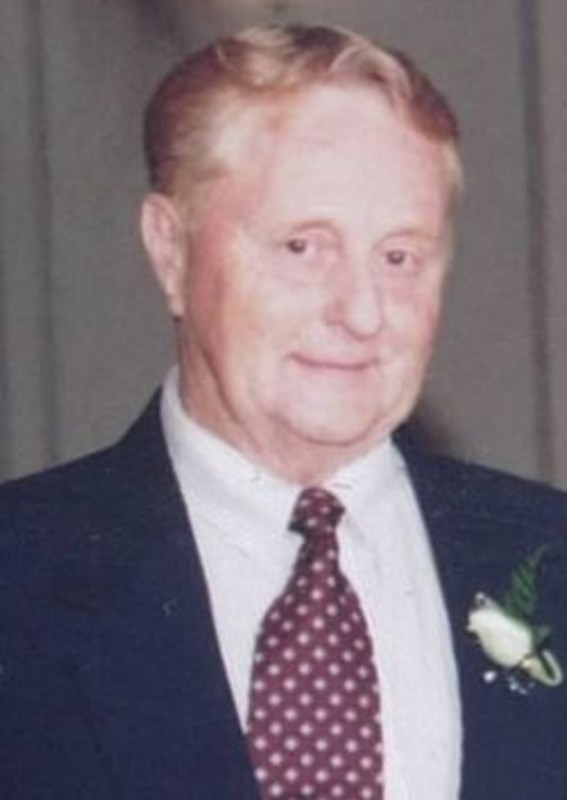 Leroy “Red” S. Amstutz, 86, of Crawfordsville died Friday, February 26, 2016 at home, surrounded by his family and friends. He was born June 22, 1929, in Delphi to the late Frederick and Mary Amstutz. Red was a 1947 Delphi High School graduate and served in the Indiana National Guard. On February 23, 1957 he married Jean Maroney in Lafayette and she preceded him in death on June 8, 2006. Red was a carpenter and worked for New Century Homes in Lafayette where he met his wife Jean. They were married for 49 years. He later owned and operated Red and White Construction, Amstutz and Sons Construction and Amstutz Real Estate. Red was a member of the Indiana Carpenters Union and retired from the union in 1994. He attended Calvary Baptist Church in Crawfordsville and was a Volunteer Fireman for the New Market Fire Department. Surviving are his children Robert S. Amstutz of New Market, Brenda L. Brazill of Carmel, Roger A. Amstutz (Tina), Rhonda L. Sams (Steve), Kim A. Dittmer (Dave) all of Crawfordsville, 11 grandchildren, 13 great-grandchildren and 2 great-great-grandchildren. Red was preceded in death by a brother Guy “Doc” E. Amstutz and his son-in-law Tim Brazill.

Visitation will be 5:00 pm to 8:00 pm on Tuesday at Soller-Baker Lafayette Chapel, 400 Twyckenham Blvd. Service will be 10:00 AM Wednesday at Soller-Baker Lafayette Chapel, Pastor Randall Glenn officiating. Interment will be at Edna Mills Cemetery. Those wishing may contribute to the Alzheimer's Association in Red’s memory. You may sign the guest book and leave memories at www.soller-baker.com.