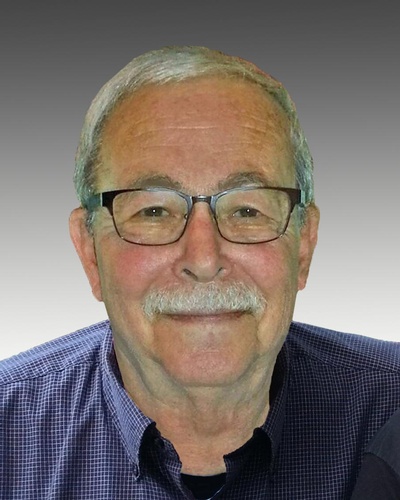 Leon was born January 14, 1939 in Monroe, Lou­isiana to Dr. Leon Titche and Grete (Oberlander) Titche. The family moved to Tucson, Arizona when Leon was the age of six and he lived there until returning to Louisiana to attend Tulane University.

Leon graduated with his Ph.D. from Tulane at the age of twenty four. He received the German Consulate prize for his work in German literature. Leon accepted a position at Purdue University and retired from there in 2001 as Professor Emeritus He has published many research articles and reviews along with three volumes of poetry. From 1972 to 1978, Titche was a member of the Board of School Trustees of the Lafayette School Corporation and served as its chief negotiator from 1973-1975 and as its president 1975-1976. Upon retirement Leon was named Distinguished Hoosier.

Speaking of titles…Leon held several in his day, but none more important than a curious child, energetic teenager, graduate, loving husband, comfort­ing father, dedicated teacher, a true and loyal friend, and a spoiling “Opa”.

His love of education afforded thousands of students exposure to his incredible teaching skills and unique personality. Being Major Professor to numerous grad students was one of his greatest professional joys. Many of his students still speak of him fondly.

Leon died knowing that Monty Python and “The Holy Grail” was the best movie ever, followed closely by “”Blazing Saddles”. Pink Floyd’s “The Wall” was the best album. Leon didn’t take fashion ques from anyone. His daughter Melissa often asked him if he was “really going to wear that”, or, asking if “Mom was sleeping when you got dressed this morning”.

His regrets were few but include eating a whole bag of prunes in the winter of 1987, and not eating more spaghetti and meat balls, if that was possible.

He took extreme pride in his two adorable grandchildren Miles (9) and Paloma Perkins (8), who affectionately called him Opa.

Before passing Leon forged a 79 year trail of laughter, generosity, compas­sion, and wisdom. He will be greatly missed by his wife Judy, his children Charles (Lynn), Melissa Perkins, Jennifer Titche and his grandchildren Miles and Paloma.

In addition to his parents, he was preceded in death by his beloved father-in-law Kenneth W. Anderson and a brother-in-law Ralph Anderson, both of Montevideo, Minnesota. Leon provided a sense of humor (he asked that his Dad jokes be carried on), peace and tranquility during his transition from this life into the next.

Everyone that remembers him is asked to celebrate Leon’s life in their own way. Raising a glass of single malt scotch in his memory would be quite appropriate

On a serious note, we would like to extend our most sincere thanks to Dr. G. Brodell, Dr. I. Khadra, and staff, as well as Cindy Adams, NP and the Palliative Care Team of Franciscan Hospital for the amazing care given and the compassion shown in Leon’s final days.

Friends may call from 2:30 until the time of the memorial service at 3:00 pm on Saturday, December 29, 2018 at Our Savior Lutheran Church, 300 W. Fowler Ave. West Lafayette, IN, with Pastor Will Peugeot officiating.