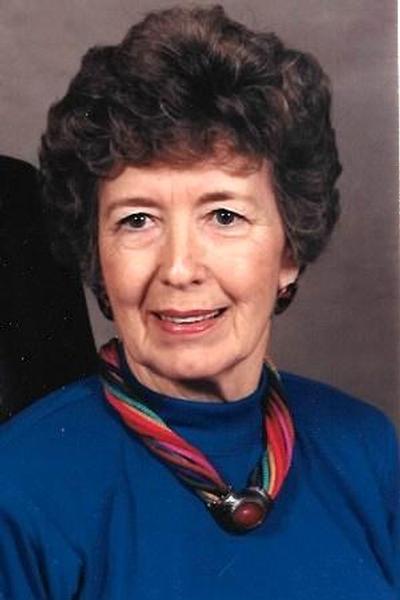 Kathryn was born on an evergreen farm near Loretto, Pennsylvania to parents Tibertus and Mary Elizabeth Lenz on December 11, 1920.

Kathryn grew up on the farm at Loretto, and after completing school she worked briefly at a factory and a teahouse restaurant in Gallitzin, PA.   She then moved to Hillcrest Heights, MD (suburb of Washington, D.C.) where she continued her education and graduation from Temple Business College and The American Institute of Banking in Washington, D.C.

Kathryn was employed at the American Security and Trust Company in Washington, D.C. and held positions of teller, head teller and loan advisor. While in Washington D.C. she met and dated Walter L Stirm. They were married on August 21, 1954. Walt and Kathryn started a family and later moved to homes in Battle Creek, MI and Martinsburg, WV before coming to live in West Lafayette, IN all as a result of his assignments as a Meteorologist with the National Weather Service. She and Walt moved into Westminster Village later in life and then Kathryn lived in the Westminster Health Center for her final years.

Kathy was a member of the West Lafayette Blessed Sacrament Catholic Church where she was a long-time choir member. Other organizations she belonged to were the National Council of Catholic Women, Catholic Daughters of America, Ladies of Charity, St. Elizabeth’s Auxiliary, Purdue Women’s Club, Mental Health Association, West Lafayette Music Boosters and was an active member of P.E.O, Chapter D. Kathryn served as secretary and treasurer for several of these organizations.

Kathryn grew up in a musical family and loved music and singing. She played piano, guitar, banjo, violin, accordion and ukulele. She enjoyed cooking, sewing, quilting, reading and excelled in family writing and poetry. Her greatest loves and joy however were with her family and friends.

Preceding Kathryn in death were her parents, three brothers, Charles, Joseph and Frederick and four sisters, Elizabeth, Mary, Walberga and Floreine.  Her husband, Walt, preceded her in death on Nov 5, 2013 after 59 years of marriage.

Surviving are son, Brian (wife Judy) of Delphi, IN; daughter Nadine Sheppard (husband Ron) of Fishers, IN and son, Randall Stirm (wife Vicki) of Brookston, IN. Her five grandchildren are Zachary, Alexa and Parker Sheppard and Taylor (wife Claire) and Brenton Stirm.

A funeral mass will be at noon on Wednesday, May 15 at Blessed Sacrament Church, West Lafayette with Fr. Timothy Combs officiating. Visitation will begin at 10:30 am. In lieu of flowers, donations may be made to Westminster Village Foundation.   Internment is at St. Boniface Cemetery. You may sign the guest book and leave memories at www.soller-baker.com