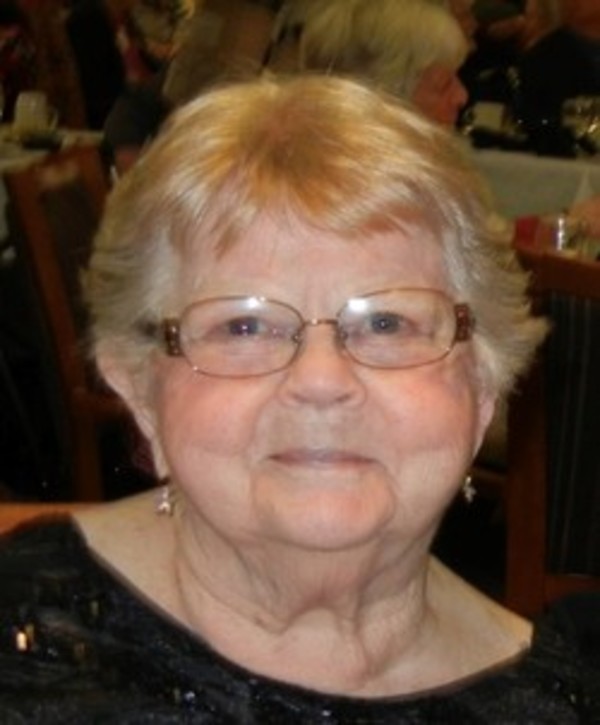 Joyce Faith Kincer Herron, nurse, wife and mother, grew up in the hills of Eastern Kentucky and spent much of her life traveling the world. She devoted herself to her family – those related by blood and those she gathered to her over the years. After the death of her eldest son at a young age she became an advocate for organ donation, touring and lecturing with Louis Byron Russell, Jr, a heart transplant recipient.

She died April 2nd from idiopathic pulmonary fibrosis. She was 82.

Joyce was born in Mayking, Letcher County, Kentucky and grew up in and around Whitesburg, KY before attending nursing school in Lexington, KY. There, she met and married J. Dudley Herron of Providence, KY, with whom she spent nearly 62 years. Together, and with their growing family of three boys, they settled in many places throughout the United States, and had the pleasure of living in many countries around the world – Germany, Malaysia, Israel, Scotland, China – and visiting many, many others.

In 1968, Joyce’s first-born, James Dudley Herron, II, died from a cerebral hemorrhage at the age of eleven. Upon hearing an off-hand comment from the boy’s pediatrician that he would be an excellent candidate to be a heart donor, Joyce brought the suggestion to her husband and family. Together, they decided that the pain of James’ death would somehow lessen its sting if his organs could be used to help another person live a longer, healthier life. James’ heart was transplanted into Maria Generis, who gained one extra week of life.

Joyce became an advocate for organ donation and toured with Louis Byron Russel, Jr, who, at the time, was the longest-lived heart transplant recipient in the world. As the mother of a heart donor, speaking alongside a heart recipient, she was able to convey a powerful message: “Don’t take your organs to heaven. Heaven knows we need them here.”

Joyce continued to devote her time to health care, even after she stopped nursing. She served as a leader in Stephen Ministry, became a hospice volunteer, and assisted overseas medical missions. She joined the IU Medical Center’s Alzheimer’s disease study, participated in their research for several years, and donated her brain to them upon her death.

Joyce was not shy about sharing her deeply held opinions. She loved seeing trees in blossom and flowers growing in the field – and vehemently disliked them being cut down to end their lives in funeral arrangements. She made a point to ask for no flowers at her funeral. If anyone is moved to make a donation in her honor, she would be very pleased if you supported the Herron Scholars Program (https://fund.moreheadstate.edu/project/10100) at Morehead State University, which assists young people who would not otherwise be able to attend college (https://youtu.be/mCbdQ9cYHro), or your state’s organ donation advocacy group (Indiana: indianadonornetwork.org; Kentucky: kyorgandonor.org).

She is survived by her husband, J. Dudley Herron, of West Lafayette, her sons, Keith Herron & Anne Pasquale, of New York, NY, Alan & Chris Herron, of Aurora, CO, and her grandsons, Alex Herron of Los Angeles, CA, and TJ & Brittney Herron, of McLean, VA, as well as her brother, Ronald Kincer, of Lexington, KY, her sisters, Marsha Banks, of Whitesburg, KY, and Karion Amburgey, of Lexington, KY.

A memorial service will be held at Federated Church, 2400 Sycamore, West Lafayette on Saturday, 14 April at 2pm. A reception will follow, 4-6pm, at Westminster Village, 2741 North Salisbury Street, West Lafayette.