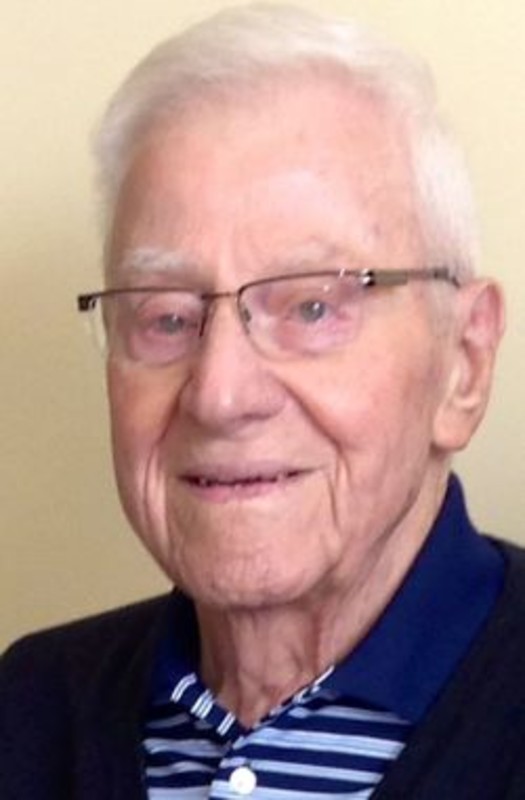 Joseph M. Smith III, 91, of Lafayette died Saturday, April 19, 2014, at Creasy Springs Health Campus. He was born January 26, 1923, in Lafayette to the late Joseph and Bertha Beasy Smith Jr. Joe graduated from Lafayette Jefferson High School in 1941 and Lafayette Business College. He served in the United States Navy in WWII and the Korean War. On May 6, 1950 he married Martha Lou O'Neil in Goodland and she survives. Joseph worked for GTE for 15 years until 1963 when he went to work for Purdue National Bank. At the time of his retirement in 1985 he worked in the Trust Department. He was a member of St. Boniface Church where he had been on the Parish Council and Lector. Joe was a Life member of the American Legion Post 11 and had been Adjutant, Commander and 2nd District Adjutant. He also was a Life member of the Lafayette Navy Club, 40 & 8, Elks, Knight of Columbus and had served as the Financial Secretary. Surviving along with his wife are his children Joseph M Smith IV (companion Ronda Hall) of Mulberry, Lu Ann Osborne (Robert L.) of West Point, grandchildren Erika E. Osborne, Brooke E. Osborne, Hillary K. Smith, Travis M. Smith and Joseph M. Smith V. Visitation will be 10:30 AM Friday until 12:30 PM at Soller-Baker Lafayette Chapel, 400 Twyckenham Blvd. Mass of Christian Burial will 1:00 PM Friday at St. Boniface Catholic Chruch, Father Timothy Alkire officiating. Burial will be at St. Boniface Cemetery. Those wishing may contribute in Joseph's memory to the American Legion Post #11 or St. Boniface Catholic Church. Sign the guest book and leave memories at www.soller-baker.com.