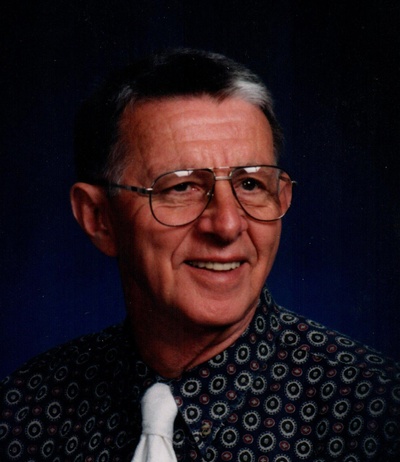 Joseph Keith  Cooper, 92, of Lafayette, passed away on Thursday, April 4, 2019 at his Residence.  He was born December 1, 1926, in West Lafayette to the late William and Alta Kuhns Cooper.  Keith graduated from Clarks Hill High School in 1945 and later received an Associate Degree from Purdue University.

He was a veteran of the Navy in World War II and served in the Pacific Theater.  His first marriage was to Mary Bell Smelcer in 1948 and she preceded him in death in 2014.  On June 21, 2017 he married Linda Sue King and she survives.

Keith had been a Milk Carrier for Kraft and farmed in the Logansport area. He then worked for  International Harvestor for many years.  After retiring from International Harvestor, Keith taught Diesel and Hydraulics at Ivy Tech. During the mid 1960’s he owned and operated a Shell Service Station in Logansport.  Keith enjoyed flying, model trains and collecting model tractors, red ones – not green ones.

Visitation will be from 10:00 am until the time of the service at 11:00 am on Monday at Soller-Baker Lafayette Chapel, 400 Twyckenham Blvd., Chris Black and John Gardner officiating.  Interment will be at Tippecanoe Memory Gardens in West Lafayette. Memorial Contributions may be made to Christ Church or charity of donor’s choice in Keith’s memory.