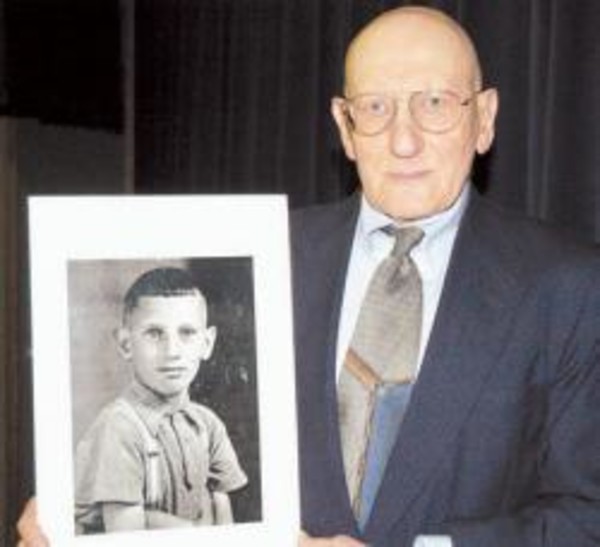 Professor Emeritus Joseph Haberer, 84, of West Lafayette died Tuesday June 11, 2013 at St. Elizabeth East. He was born January 31, 1929, in Villingen, Germany to the late Berthold and Georgine Seckels Haberer. After Kristallnacht (1938), Joe was sent on the Kindertransport to England then immigrated to the US in 1946. His parents perished in the Holocaust. Joseph received his B.A. from San Francisco State College in 1951, his M.A. from Columbia in 1954 and his Ph.D. from UC-Berkeley in 1965. He married Rose Weiss in 1968. Joseph taught Political Science at Rutgers University (1966-71) then Purdue University (1971-1994). He was Director of Purdue's Jewish Studies Program (1980-1994) and Editor of Shofar, a scholarly interdisciplinary journal in Jewish Studies, (1982-2000) remaining book editor until 2012. He was a member of Sons Of Abraham Synagogue. For many years he was involved with the annual Greater Lafayette Holocaust Memorial conference, President of the Midwest chapter of the Kindertransport Assoc. of America as well as active in Holocaust education in the US and Germany. Purdue Libraries' Joseph Haberer collection attests to his life-long commitment to books and education. Among his other interests were cooking, music, theater, gardening and travel. Surviving along with his wife are his children Eugene Benjamin of CA, Robert Haberer of CA, Leila Vest (husband Scott) of Indiana, Nina Haberer of West Lafayette, grandchildren Alexandra and Nicole Vest, Shane and Sarabeth Haberer. Also surviving is his brother Erich Gaber (wife Muriel) of France. Funeral Service 1:00 PM Friday at Soller-Baker West Lafayette Chapel, 1184 Sagamore Parkway West, Rabbi Audrey Pollack officiating. Burial will be at Sons of Abraham Cemetery. In lieu of flowers memorials to charity of donor's choice.