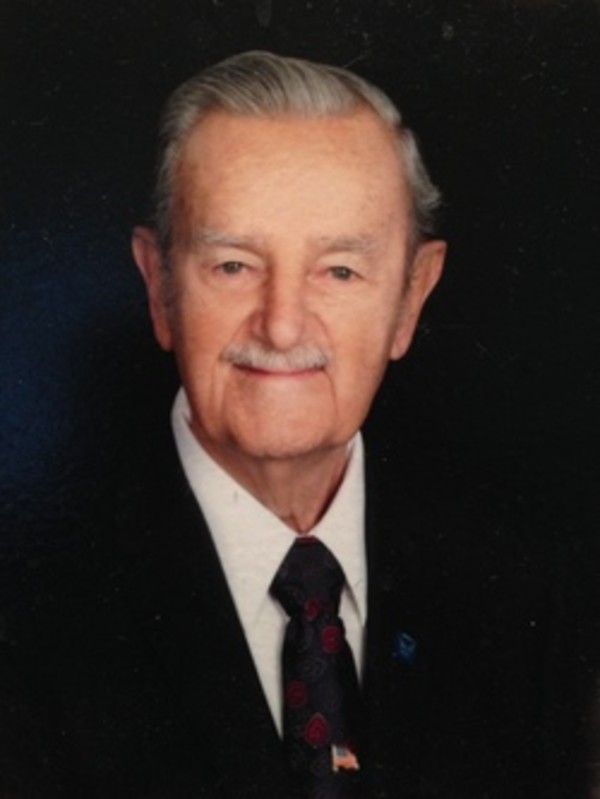 Dr. John Paul (J.P.) Lisack, 97, West Lafayette, died peacefully Thursday August 6, 2015. He was born on January 27 1918 in Chicago IL to Mary and John Lisack. As a senior in high school he joined the Illinois National Guard, becoming a platoon commander with adults under his command. Upon graduating from Fenger High School in 1936, he enlisted in the Air Force (then called the US Army Air Corp) and served in the North African, European and Asian/Pacific theaters during World War II, earning 7 battle stars and the Legion of Merit with Oak Leaf Cluster, retiring in 1965 as a full colonel. He married Hildred Frandsen on April 18, 1941, who passed away Feb. 23 1981. J.P. obtained bachelor and master degrees from Ohio State University and a Doctor of Business Administration from Indiana Northern University in 1974. In 1965 he joined the faculty of Purdue University as an associate professor of Technology and director of the Office of Manpower Studies and worked in the College of Technology for more than 40 years. He was promoted to professor in 1970 and retired in 1988, when he was named a professor emeritus. He continued to serve the college and maintain an office in Knoy Hall until 2011. Dr. Lisack received the college's first Distinguished Service Award in April 2008. As director of the Office of Manpower Studies, he developed and published more than 50 manpower reports and research studies about the manpower and training needs of Indiana industries. His work was cited in reports to the Indiana Commission for Higher Education on curricula and course development. He made countless contributions during 43 years of service, including teaching, research, working with Indiana industries. He taught engineering technology and industrial technology courses and helped market and promote the college's curricula and academic programs to students and outside organizations. He is survived by his wife of 32 years, Susan Lisack, daughters Karen (Sam) Miller (David) of Louisville, KY, and Diana Jurss (John) of Sylva, NC and stepdaughter Karen Teller (Eric) of Wake Forest, NC and stepson Jeff Schwingendorf (Misty) of Austin, TX, grandchildren Jonah Jurss (Mariana), Jolene Lallouz (Sean), and John Miller. Also step-grandchildren Reilly, Braden, Bryce, Abbie and Aidan Teller; and Jordan and Alexa Schwingendorf. J.P. was preceded in death by 6 siblings, his daughter Marilyn Gick and grandsons Davison Hughes and Damian Gick. Visitation will be Tuesday 4pm-7pm at Soller-Baker West Lafayette Chapel. Service Wednesday noon at First Christian Church, Lafayette. Graveside service Wednesday 2:45pm at Tippecanoe Memory Gardens. In lieu of flowers, memorial contributions may be made to Purdue Foundation (designate JP Lisack Early Career Engagement Award), Food Finders Food Bank, YWCA (Domestic Violence Intervention Program), or Lafayette Urban Ministry (Good Samaritan Fund).