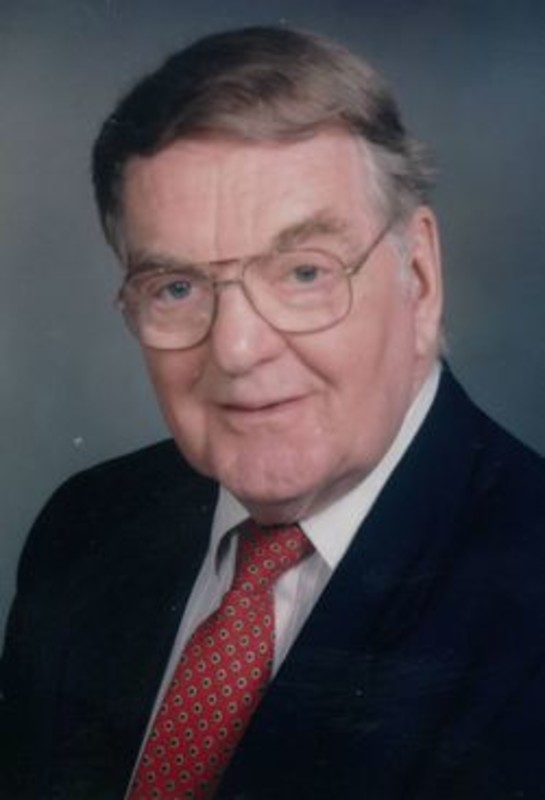 John Frederick Bodle, 88, died peacefully while surrounded by loving family on February 27 at Indiana University Arnett Hospital in Lafayette. He was born Dec. 14, 1924, in Mishawaka, the son of the late Alexander T. Bodle and Caroline Grimes Bodle. His sister, Anne (Bodle) Schucknecht, and brother, Alexander T. Bodle Jr., both preceded him in death. John attended public schools in Mishawaka and graduated from Mishawka High School in 1942. As a Boy Scout, he earned the rank of Eagle Scout. Oh his 18th birthday, while in his first semester at the University of Notre Dame, he enlisted in the United States Air Corps and was called to active duty in spring 1943. In the spring of 1944 he became the ball-turret gunner on a B-17 flight crew assigned to the 401st Heavy Bombardment Group, of the 8th Air Force, based in England. He was awarded the Distinguished Flying Cross for completing 31 missions, well beyond the required 25 sorties. He served as an editor of the Law Review and graduated “Magna Cum Laude” from Notre Dame Law School in 1950. He married Mary Alice Kayser on January 13, 1951, who preceded him in death on Feb. 26, 2007. He found tremendous support in his Catholic faith. In 1957, he and Mary were founding members of Blessed Sacrament Church, West Lafayette. He volunteered on many boards and committees over the years at the parish. And, at Bishop Higi's invitation, he and Mary attended private papal audiences both in the Vatican and North America. John's legal career began in 1950 at the Lafayette law firm then known as “Stuart, Branigin, Ricks and Schilling.”. He continued as a partner until 1989 when he retired, but continued to serve “of counsel” to the firm until his fully retiring in 2003. John drew a lot of fulfillment through satisfying his legal clients, including Purdue University's Board of Trustees, General Telephone Company of Indiana, National Homes Corp.,Subaru Isuzu Automotive, Lafayette Savings Bank, the Lafayette Life Insurance Company, Alcoa's Warrick Works mining operation, and Ross Gear and Tool Co. While defending Wabash Railroad on labor matters, he won his case in front of the United States Supreme Court. John civic service included serving on the West Lafayette Board of Zoning Appeals, serving several terms as an appointed Precinct Committeeman. Also, he served on he board of directors of the United Way of Greater Lafayette and the Greater Lafayette Community Foundation. In later years, John also served as the legal counsel for the Diocese of Lafayette-in-Indiana and very much enjoyed giving his time working for Lafayette Urban Ministry. John and Mary enjoyed times with many close friends, their travels together and years of combing the beaches and climbing the dunes of Lake Michigan along with their family and friends. He is survived by his six children, David (wife: Mary), of Indianapolis, Thomas, of San Rafael, Calif., Michael, of West Palm Beach, Fla., Kathy Bodle-Perez (husband: Augustine), of Bloomington, Ind., Steve (wife: Michelle), of Stow, Ohio, and Caroline Mooney (husband: Mike), of Lafayette; and eight grandchildren, Jeff Bodle, Elizabeth Bodle, Christopher Bodle, Matthew Downs, Nicholas Bodle, Jacqueline Mooney, Megan Mooney and Grace Mooney. Visitation will be held at Soller-Baker West Lafayette Chapel 1184 Sagamore Parkway West ,West Lafayette on Sunday March 3 from 5 to 7 p.m. With rosary at 4:45 p.m. John's funeral mass will be held at Blessed Sacrament Parish, West Lafayette, Monday March 4 at 11 a.m. with visitation from 9:30 a.m. until service time at 11 a.m. Memorial contributions to The Church of the Blessed Sacrament or Lafayette Urban Ministry (LUM).