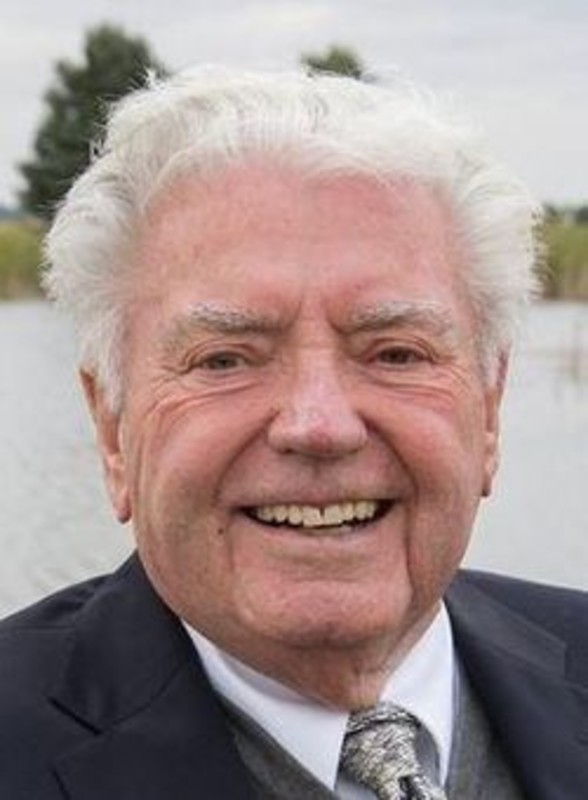 John Edward “Jack” Windler, 82, of Venice, FL, formerly of Lafayette, passed away at 12:38 am Saturday, January 24, 2015 at Venice Regional Bayfront Health in Venice. He was born September 12, 1932, in Fowler, to the late Roy and Bertha Ringle Windler. He graduated from Fowler High School in 1950. His first marriage was to Claire Brouillette on August 31, 1952. She preceded him in death. On April 30, 1988 he married Angela Strader in West Lebanon and she survives. Jack was a life long Agri-Business Sales Representative for a variety of companies, with sales throughout the US, Central America, South America and Eastern Europe. He was a member of Our Lady of Lourdes Catholic Church in Venice, FL and St. Mary Cathedral here in Lafayette, the Eagles Lodge, Knight of Columbus, and the Moose Lodge in Venice,FL. Jack enjoyed gardening and reading political books. Surviving along with his wife are children, Debra Wright (Steve) of West Lafayette, Cynthia Miller (Dave) of Phoenix, AZ, J. Keith Windler (Carol) of Boswell, Pamela Lane (Thomas) of Danville, IL, Randy Windler (Rosemary) of Lantana, TX, Donald Windler (Virginia) of Lafayette, Teri Leuck (Michael) of Spring, TX, Denise Feehan of Cummings, GA; step children, Robert Geswein (Cindy) and Andrea Klutzke (Kit) of both West Lafayette; two brothers, Cletus Windler and Robert Windler (Rosemary) both of Fowler; a sister, Alma Puetz of Fowler; sister-in-laws, Eileen Windler of Fowler and Beverly Lamb of Ft. Wayne, along with 30 grandchildren and 16 great grandchildren. He was preceded in death by a brother Howard Windler. Visitation will be 5:00 until 8:00 pm, with Rosary at 4:45 pm, Friday, January 30, 2015 at Soller-Baker Lafayette Chapel 400 Twyckenham Blvd Lafayette, IN 47909. The funeral mass will be held at 10:00 am on Saturday, January 31st at St. Mary Cathedral, 1207 Columbia St. Lafayette, IN with Fr. Jeff Martin officiating. Burial will follow at St. Mary Cemetery. Those wishing may contribute in Jack's name to the American Lung Association, Salvation Army or St. Jude's Children's Hospital.