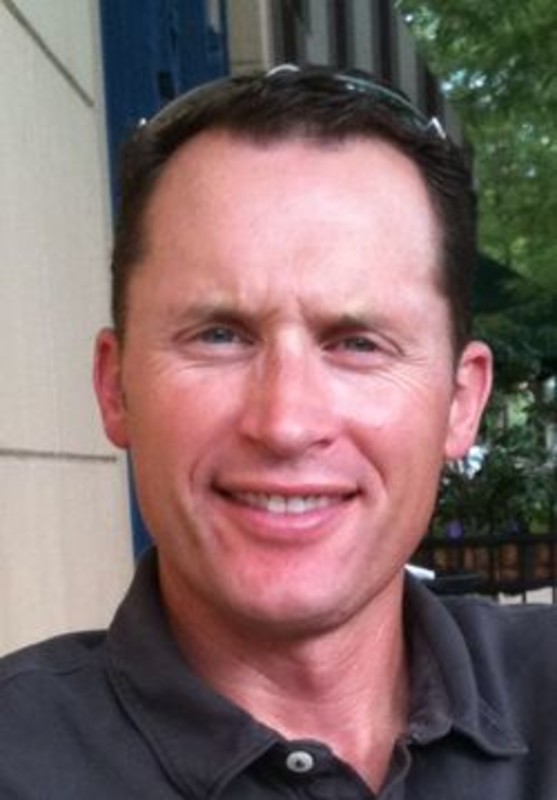 John Dowd Folkers, 44, entered eternal life on Sunday, August 25, 2013 at 4:22 PM, at home surrounded by his family. He was born March 3, 1969 in Warsaw to Tom and Lynn Folkers of Kokomo. His childhood was spent in Kokomo where he became an Eagle Scout in 1985. He graduated from Northwestern High School in 1987. He excelled at sports and academics and attended Butler University on a football scholarship. He transferred to Purdue in 1988, where he majored in Biology and became a member of Sigma Chi Fraternity. During his sophomore year at Purdue, he worked as a waiter at Kappa Kappa Gamma sorority where he met his wife, Brooke LaRock. They were married May 30, 1992 in Indianapolis. After graduating from Purdue in 1991, John attended Indiana University School of Dentistry in Indianapolis, graduating in 1995. He practiced in Indianapolis for two years, before moving to West Lafayette in 1997. He completely enjoyed dentistry, especially the relationships he developed with his staff and patients, whom he considered to be his friends. John's was an avid bicyclist, commenting that he felt like a kid when he was on his mountain bike in the woods. He thoroughly enjoyed riding his road bike with his cycling buddies and the Wabash River Cycling Club. He also enjoyed hunting, golf, sailing, spending time at Bass Lake and worshipping at Blessed Sacrament Church. John's greatest joy was being involved in the lives of his children. He coached many soccer and basketball teams, attended many dance recitals, watched more football games, volleyball games, basketball games, and track meets than he could count, and went on several Boy Scout hiking and camping trips. He was thrilled to be able to accompany his eldest son on a 90 mile trek through Philmont Scout Ranch in New Mexico during the summer of 2012. Surviving with his wife and parents are his four children, Jack, Sarah, Anne and Drew, at home, his sister Amy Garman (husband John) of Carmel, special aunt Nancy Lloyd, in-laws Bob and Marie LaRock, 8 nieces and nephews, and many loving aunts uncles and cousins. His grandparents preceded him in death. Friends will be received from 4:00 until 7:00 pm with a Rosary service at 3:45 pm Thursday, August 29, 2013 at Soller-Baker Lafayette Chapel 400 Twyckenham Blvd. Lafayette, IN 47909 with a Memorial Mass of Christian Burial at 10:00 am Friday, August 30 at Church of the Blessed Sacrament with Fr. David Buckles officiating. Burial will follow at Grandview Cemetery. In lieu of flowers memorial contributions may be made in John's name to Sagamore Council, Boy Scouts of America, PO Box 6753 Lafayette, IN 47903 or Jill's House, 751 E. Tamarack Trail, Bloomington, IN 47408 or Church of the Blessed Sacrament.