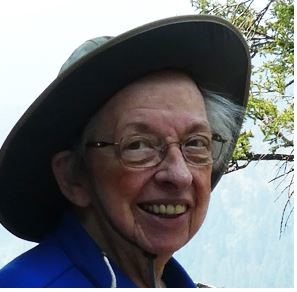 Joan Claire Laskowski, nee Heyer, (March 3, 1931 – March 23, 2020) dedicated her life to protecting freedom of speech and civil liberties.  Born in West Lafayette Indiana, she spent most of her youth in Ohio. She developed a great love of music (flute and opera) and enjoyed summer visits to her cousins.  She graduated from Oberlin College with a major in philosophy in 1953 before moving to Greenwich Village, NY.  In 1957, she married Michael Laskowski and moved back to West Lafayette.

Her career as a civil libertarian began when she joined the local chapter board of the American Civil Liberties Union (ACLU) in 1967, serving as president from 1973-77.  She joined the statewide board of the ACLU (then ICLU) in 1971.  In 1977 she began heading the legislative committee to ensure that the state’s legislation upholds civil liberties as defined by the constitution.  She aided in drafting rules regulating police use of deadly force, campaigned against legislation threatening safe and legal abortion, and worked with lawmakers to protect our freedom of speech.  She wrote many policies for the ICLU board, where she remained through the end of her life, writing her final report just ten days before her passing.

When she was appointed to the National Board of the ACLU in 1993, she became the first female delegate from Indiana. She served on the National Board for 24 years.  She received the Robert Risk Award, and in 1998 the State Board created The Joan Laskowski Legislator of the Year Award, conferring the first award on her.

She is remembered for her love of family, the Tetons, and the ACLU. Her selfless work and loving spirit touched and improved the lives of many.  Joan is preceded in death by her husband Michael Laskowski and survived by her children, M. Chris Laskowski (Carol DeFrances) and Marta Laskowski (Ken Stanley), and grandchildren, Michael Laskowski, Matthew Laskowski, Zofia Stanley (Eli Halperin).  In lieu of flowers, donations may be made to: ACLU of Indiana Foundation, 1031 E. Washington St. Indianapolis, IN 46202.