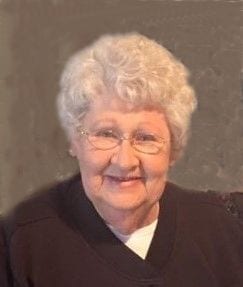 She was an Indiana University (IU) fan and avid reader and loved working in her flower garden.  Above all, Joan cherished the time spent with her grandchildren and great-grandchildren.

Along with her husband Donald; and her parents William and Edna, Joan was preceded in death by her son, Michael Shidler, grandson, Joshua Reifel; brother, Donald Steely; and infant sister, Ellen Kay Steely.

In lieu of flowers, memorial contributions in Joan’s name may be given to Benton County Community Foundation, Marilyn Fishback Reading and Writing Grant for Kids, 98 S. 100 E., Fowler, IN 47944. Envelopes will be available at the funeral home.