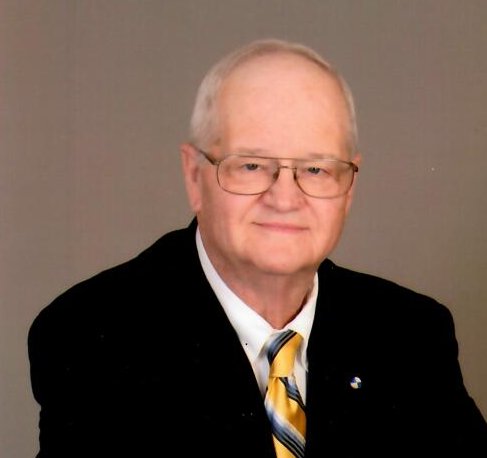 Jerome D. Hobaugh, 76, of West Lafayette, devoted husband, father/grandfather, and friend, passed away December 25, 2020.  Jerome (Jerry to friends) was born on June 3, 1944 in Lafayette, IN to Edward and Florence (Klutzke), the youngest of four boys. He attended Montmorenci & Central Catholic schools before graduating from Purdue with an Ag Business Management degree in 1967. He worked at his Dad’s bowling alley, farmed his own land, & then worked at Purdue Swine Research Farm for over 20 years. After a few rejected proposals, his persistence paid off and Becky Rausch married him on February 6, 1971. They had three children, five grandchildren, and many cats & dogs.  Jerome was a devout Catholic and a member at St. Charles Parish, Otterbein for 45 years. He had a passion for reading and history and was an active member and officer of the Sons of the American Revolution. His favorite TV show was Gunsmoke, and he also enjoyed watching British mystery shows with wife Becky and solving jigsaw puzzles.

He was an avid sports fan of the Cubs, Colts, and especially Purdue – one fond memory was traveling to the 1967 Purdue Rose Bowl. He was a great bowler and won the Lafayette City tournament. In high school, he even won money from bowling; this led Central Catholic to dub? him a professional athlete, and thus his football career was thwarted.  Jerome was the epitome of friendliness, and he could talk the ear off of anyone, including telemarketers who got more than they bargained for. While in photos his grin was small, in life his mischievous humor shown through and brought joy to all he knew.

Jerome was preceded in death by his father, Edward, his mother, Florence, and his brother, Jim. He is survived by his wife Becky, and three children and five grandchildren: David (Megan), and children Ike, Cora, and Ella Jane, of Pittsboro, IN; Ann (Brad), and children Sam and Julia, of West Lafayette, IN; and Pat (Mandy), of Atlanta, GA. His brothers John and Jay also survive.

Mass of Christian Burial will be at 11:00 am on Wednesday at St. Charles Catholic Church in Otterbein, Fr. Richard Weisenberger officiating.  Interment will be at Montmorenci Cemetery in Montmorenci, IN.  Donations may be made to the Foundation Fighting Blindness.