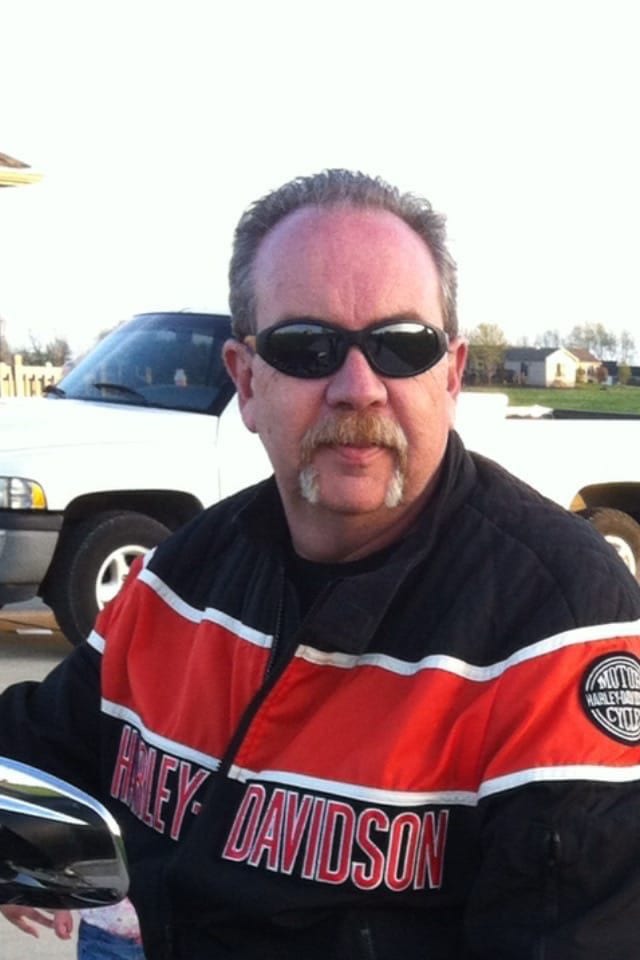 Jeffrey Craig Payne Sr., 64, of Lafayette, IN passed away suddenly on December 4, 2019 at IU
Health Hospital. Jeff was born December 5, 1954, in Chicago, IL to the late Hubert and Jessie
B. Payne.
He leaves his wife of 45 years, Donna (Waggoner) Payne; his brother, Claude Lee (Jill) Payne;
his son, Jeffrey Craig Payne Jr.; his daughters, Jaime Payne and Shelley Payne (Chris
Neumayr); his granddaughters, Jordan Hudson (Zackery Anderson), Trinity, Sydney, Kaylie, and
Allie Neumayr; his grandson, James Victor Hudson III; his great grandson, Rizzo Anderson; his
brother-in-laws, Daniel (Angela) Waggoner and Barry Waggoner; his sister-in-laws, Sandra
Strohl and Christine (Bob) Cawvey; many nieces and nephews.
Jeff resided in Hessville, IN until he moved to Lafayette, IN in 1996.
Jeff attended Hammond Tech. He worked at Standard Forging in East Chicago, IN for 14 years
and Fairfield/Dana in Lafayette, IN for the last 23 years. He was a lifetime HOG member since
1991.
Jeff was a simple man with an enormous heart. His wife and family were his true joys in life. He
enjoyed riding his Harley, working on vehicles, taking in stray cats, astronomy, and having a
special bond with each one of his grandkids.
He was preceded in death by his parents, Hubert and Jessie B. Payne, his brother, Hubert
“Rocky” Payne, his sister-in-law, Laura Hanshew, and his grandson Baby Boy Neumayr.
A visitation will be Monday, December 9, 2019 from 5:00-8:00 pm at Soller Baker Lafayette
Chapel, 400 Twyckenham Blvd. Service will be Tuesday, December 10, 2019 at 1 pm (EST) at Glen Oaks Cemetery in Lansing, IL.
The family requests that casual or Harley attire be worn. Memorial contributions can be made to
the Payne family or charity of choice.