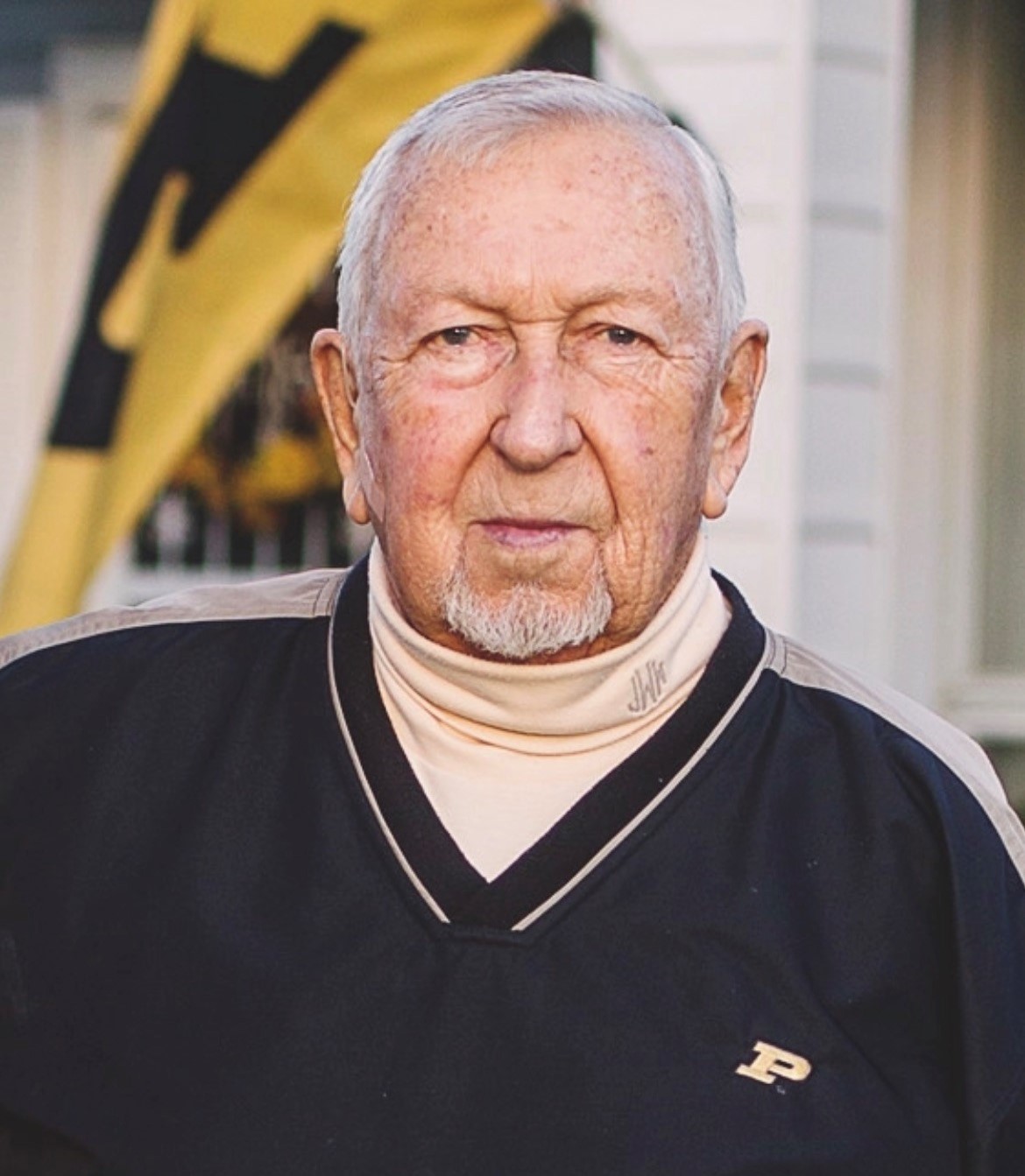 James William Wright, originally of Greenwood, IN, passed away in the comfort of his home in Lafayette on August 13, 2022 at the age of 89. James was born on May 9, 1933 to Roy and Mamie Wright. He graduated from Greenwood High School in 1952 before serving in the United States Navy in Honolulu, Hawaii from 1953-1955. After completing his Navy service, James took a job with the United States Postal Service in Greenwood, where he met his future wife, Judy Jordan. Married in 1957, James and Judy would have celebrated their 65th wedding anniversary this year. James graduated from Franklin College in 1959 before beginning a 25-year career with Travelers Insurance Company.

James, or JW as his friends called him,  was an avid sportsman who enjoyed football, basketball, baseball and golf through his youth and adult years. He was an active member of the community, serving as the president of the Lafayette Adjusters Association, President of the Lafayette Swim Club, and director of the Nurses Training Scholarship program at the Forty & Eight Chateau, which awarded more than 500 scholarships to local nursing students. He loved to be surrounded by family and friends and could always be counted on for a story or lengthy conversation. He was effortlessly funny and could easily send an entire room into gales of laughter.

James is survived by his wife, Judy Wright; his three daughters Connie (Frank) Joy, Cathy (Rob) Wright-Eger, and Christy (Mike) Wright-Robinson; seven grandchildren, Jordan (Anthony) Bonfitto, Jimi (Robin) Davis, Tyler Eger, Tory Eger, Ryne (Stacey) Robinson, and Rylie (Josh) Robinson; two great-granddaughters, Natalie and Josephine Bonfitto, who were the light of his life; and his sister Jean McPherson and her family. He was preceded in death by his parents, Roy and Mamie, his brother, Dale Wright, and sister, Betty Yatsko.

Visitation for James will be held on Tuesday, August 23 from 4-7pm at Soller-Baker Funeral Home, 400 Twykenham Blvd., Lafayette .

A Celebration of Life will be held on Wednesday, August 24 from 4-7pm at the Forty & Eight Chateau, 1421 N. Creasy Lane, Lafayette.