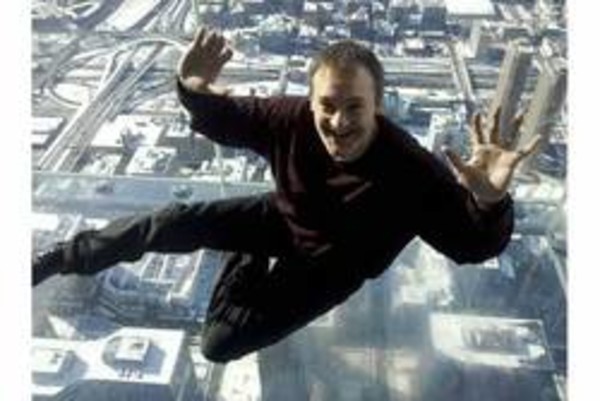 James Robert Phillips who was baptized Nectarios, 42, of West Lafayette passed away surrounded by his loving family on July 8th after a short but extremely courageous battle with brain cancer. James was born in West Lafayette on January 3, 1971 to Glen and Roberta Phillips. He married the love of his life, Natasha Bralts, on May 14, 2011 and she survives. He was a devoted husband and a loving father to six children: Clifford Racz (15), Elijah Racz (13), Gideon Racz (11), Zaccheus Racz (10), Lauren Phillips (9) and Noah Phillips (1). He is also survived by his brother and best friend Scot Phillips (wife Kim) of West Lafayette, his sister Jennifer Phillips (husband Trent Foster) of Carmel, Uncle John Phillips of West Lafayette, his niece and nephews Tyler, Catey and Creighton Phillips. James gained a love for how things were put together by watching his father who was a mechanical engineer. James graduated in 1993 from Purdue University with a degree in mechanical engineering technology. He worked for NHK as a mechanical engineer for 18 years. James was never happier than when he got to spend time with his family. He loved taking his children on camping trips to Pokagon State Park and having bonfires with them in the backyard. He truly enjoyed the many parties put on by his mother. James and his brother Scot were inseparable growing up. The two of them spent many hours writing music and playing guitar in the basement. James had many fond memories drinking large cokes and riding in the dune buggy with his Uncle John. He never tasted a cookie that tasted better than the ones that came from his sister Jennifer's Blue Oven Bakery. James had a special connection with his Godparents Father Gregory and Joanne Allard. James was the type of person who was loved by many. He had a great network of friends who helped his family through his illness. A special thank you to Kimra Conrad, his hospice nurse, and all the terrific doctors who helped him fight this difficulty battle. Friends may call from 5-8 PM Thursday at Soller-Baker Lafayette Chapel, 400 Twyckenham Blvd., with a Trisagion Prayer service at 7 PM. Funeral will be 1PM Friday at Soller- Baker Lafayette Chapel, Father Gregory Allard officiating. Burial will be at Grandview Cemetery. In lieu of flowers the family asks for donations to be made to St. Elizabeth Hospice or Purdue University Center for Cancer Research.