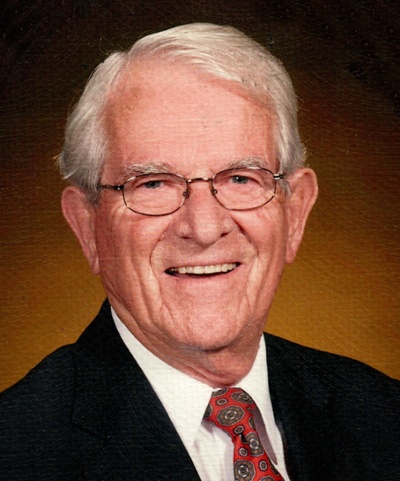 James graduated from Honey Creek High School in Terre Haute and Indiana State University.  He received his master’s degree from Indiana University and a Doctor of Divinity from Garrett Seminary.  He was a veteran of the Army serving in WWII.

On June 25, 1944 he married Rosemary Cowan in Terre Haute and she preceded him in death on June 3, 2012.  Jim then married Eileen Chamness in West Lafayette on October 28, 2012 and she survives.  Jim was a Minister for United Methodist Church serving for 60 years.  He altered his manner of witness from speaking from the pulpit to writing the written word.  He was a member of First United Methodist Church in West Lafayette.  James enjoyed woodworking and writing.