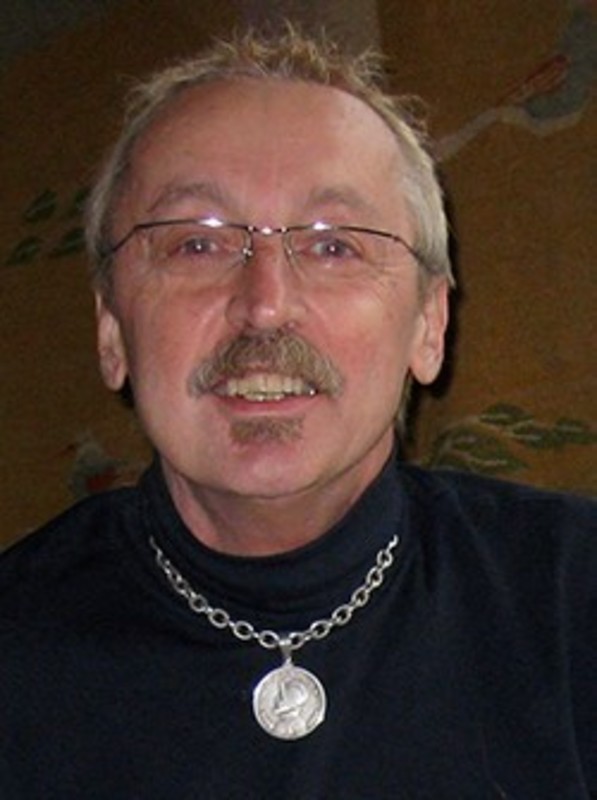 He was born in Lafayette to the late Edward Charles Ferringer and Mary Virginia (Laudick) Ferringer. Jim graduated from Central Catholic High School in 1970. He then enrolled at Purdue University and received undergraduate (1974) and graduate degrees (1987) in fine art, with concentrations in metalwork and sculpture. There he connected with his future wife and fellow creative arts student, Susan Dillon, while working in the printmaking studio on New Years Eve 1974. They married that August.

Jim always knew that he wanted to be an artist. For more than 60 years it was his gift, curse, and passion. His earliest work was a series of small-scale constructions — boxes, temples, and tiny stages — where Jim began to define a magical reality. He turned next to mixed media drawing and later to digitally manipulated photography, creating a vast catalog of surreal and intimate landscapes and figurative portraits.

Jim had a life-long love of the beach, found objects, and the vistas provided by open water. After a 2016 trip to Michigan, he started painting, first in acrylics and more recently in oil. Although his digital work was often dark and satirical, Jim’s paintings were lighter, allowing him a measure of serenity, humor, and hope in today’s divisive and hate-filled world.

Jim’s home was another reflection of his creativity. He was an inspired and innovative cook. His passion for gardening provided a lush park-like environment for his family and friends to enjoy. Jim was in the unique role of stay-at-home parent during the ’80s and ’90s. Later, with more free time, he worked as an interior designer freely sharing his love of fine objects and a good bargain.

Jim worked as an apprentice for Gene and Hiroko Pijanowski under a 1975 grant from the National Endowment for the Arts. He also received grants from the Indiana Arts Commission in 1987 and 1988. His work has been exhibited in group and solo shows throughout the midwest including Indianapolis, Chicago, and Louisville as well as in Washington D.C. and Paris. His digital work has been featured in both national and international publications.

In lieu of flowers, memorial contributions may be given in Jim’s name to the charity of your choice.