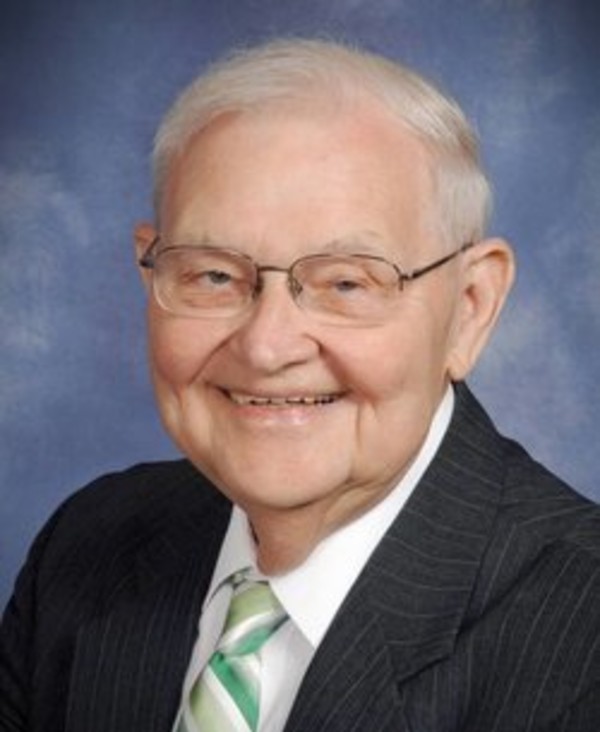 Pastor James Edward Chase went home to be with his Lord and Savior, Jesus Christ, surrounded by his loving family on Saturday, April 2, 2016. He was born to his parents, the late Fred and Irene Chase in Chalmers Indiana on June 15, 1934. As a lifelong resident of Lafayette, he graduated from Jefferson High School in 1952, then attended Indiana Baptist College and Liberty Home Bible Institute. He served in the Indiana National Guard and then went on to work at the Indiana Gas Company for 20 years. In his 43 years of ministry, Jim founded Greenbush Street Baptist Church in 1973 and Good Shepherd Baptist Church in 2002, where he was currently pastor emeritus. On October 6, 1957 Jim married Carolyn Sue Allen and they shared over 58 years together. Surviving along with his wife are their four sons: David, (Kathleen) Miami, Florida, Donald (Becky) Fort Wayne, Indiana, Terry (Paulette), Jeffrey (Jeanna), both from Lafayette. They have 13 grandchildren: Olivia, Veronica, Kyle (Bailey), Missy, Cody, Amanda, Erin, Steven, Jacob, Jonathan, Josslyn, Joseph. He is preceded in death by a grandson, Donald E. Chase Jr. Also surviving is a sister: Betty Hamilton of Barron, Wisconsin, and 2 brothers: Max Chase of Mexico and Randy (Linda) Chase of Lafayette, Indiana. He was preceded in death by two sisters: Janet Crandall and Sharon Barton. He loved serving the Lord and visiting with the people of his church. He was an avid sports fan and enjoyed cheering for his beloved Cubs. His greatest love however, was spending time with his family. Visitation on Friday, April 8 from 4-9 pm at Soller-Baker Lafayette Chapel, 400 Twyckenham Blvd. Funeral Services on Saturday, April 9 at 11:00 a.m. at Good Shepherd Baptist Church 1024 Elizabeth Street, Lafayette, IN 47904. Burial at Tippecanoe Memory Gardens, West Lafayette. Pastors Dave and Terry Chase officiating. In lieu of flowers memorial donations may be made to Good Shepherd Baptist Church.