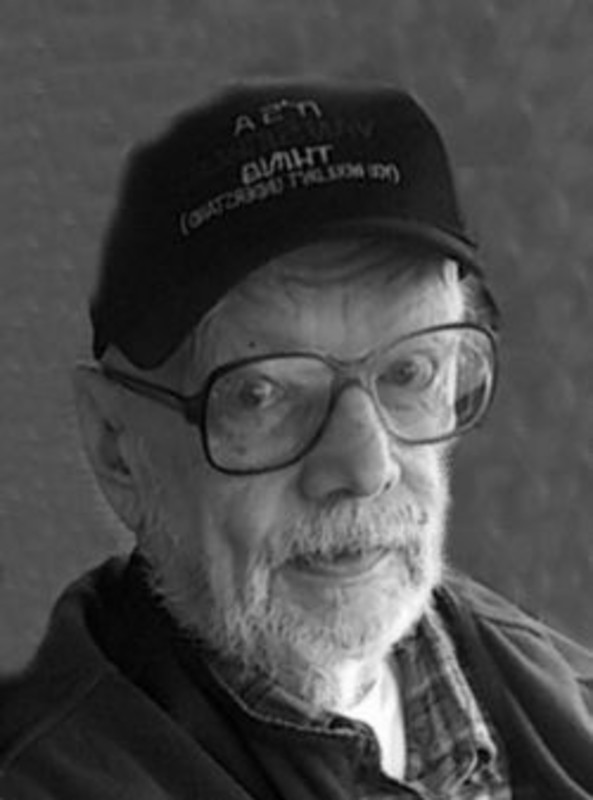 James Bradley “JB” Van Sickle, 82 of West Point passed away at 7:38 am on Saturday, April 2, 2016 at Westminster Health Care.
JB was born April 11, 1933 in South Bend to the late Noble Wayne and Glenna (Miller) Van Sickle who resided in Lebanon.
JB was a graduate of Dover High School in Boone County. He graduated with a Bachelor of Music degree from Butler University and was a band teacher for one year in Indianapolis.
He honorably served the State of Indiana as a member of the Indiana State Police from April 16, 1956 until June 30, 1976.
In 1981, he became a Theatre Technician at the Elliott Hall of Music at Purdue University and worked there several years.
JB was a member of the Boone County Lodge #NP9 F&AM, Ancient Accepted Scottish Rite of Indianapolis, the Central Electric Rail Fans Association and the Lafayette Amateur Radio Association “K9KRE”. JB played clarinet in the Indiana State Lions Club Band where his father was director.
JB married Nellie Brubaker on February 10, 1956 in the Laketon United Methodist Church, Laketon.
Surviving with his wife of sixty years is a daughter, Debra Martin (husband Jim) of Sarasota, FL and a son, Wayne Van Sickle (wife Karen Enderle) of Satellite Beach, FL; Grandchildren, Angela Robertson (husband Brett) of Flora, Melissa Sigman (husband Robert) of Houston, TX, Sarah Van Sickle of Stanford, CA and James Martin III of Oden: great grandchildren, Hayden and Adalyn Robertson both of Flora and a sister, Ley Anne Perkins (husband Bill) of Indianapolis.
Visitation will be from 5:00 until 7:00 pm Monday, April 4, 2016 at Soller-Baker Lafayette Chapel. Funeral Services will be held at 10:00 am Tuesday April 5, 2016 at West Point United Methodist Church with Pastor Jeff Stedge officiating. Burial will follow at West Point Cemetery.
Those wishing may contribute in JB’s name to West Point Lions Club, West Point Volunteer Fire Department or West Point United Methodist Church.