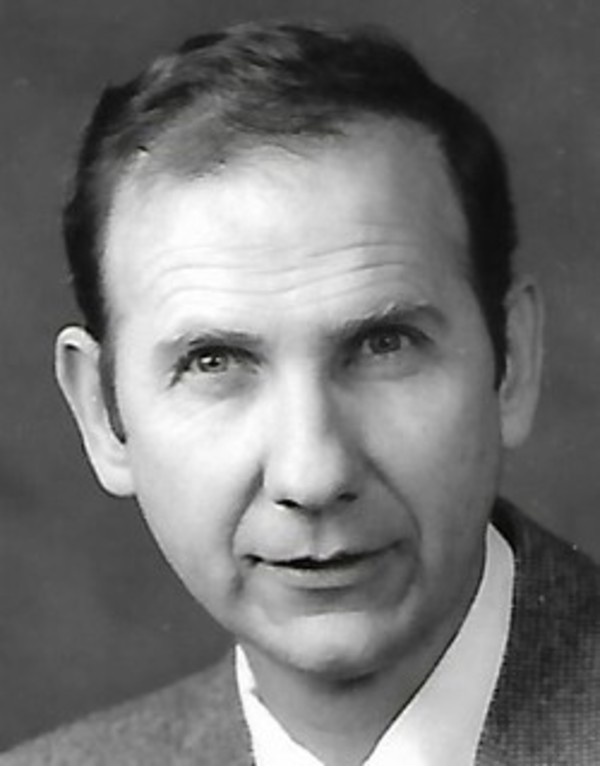 Mr. Oliver was on faculty at Purdue University School of Agriculture from 1969 to 1994. He wore many hats as a member of the Ag Communications Department: advising students, writing press releases, publishing newspapers for alumni events and even teaching a class now and then.

Jim served in the US Air Force, retiring as a Major. He had assignments in Michigan, New York, and England. He received the Ambassador’s Award for Public Information Officers.

In England, he met and married Sara Elise Garau in 1964. They had two children, James Raymond and Susan Elizabeth. Sara died in 1992.

During retirement, Jim wrote feature stories for the Lafayette Leader and worked for the Minnesota Twins during spring training, despite being a lifelong St. Louis Cardinals fan. Jim was a member of the Lafayette Noon Optimist Club and American Legion, Posts 492 and 11. He was also a devoted member of the ROMEO Club (Retired Old Men Eating Out).

Jim was born in Memphis, TN to the late James Rice and Dollie Ann (Byrd) Oliver and he grew up in Dunklin County, MO. He received his Bachelor of Arts from University of Missouri and his Master of Arts from Indiana University.

Memorial contributions in Jim’s name may be given to the local Salvation Army chapter, 1110 Union Street, Lafayette, IN 47904. Envelopes will be available at the church.

Visitation will be from 11:00 am until time of funeral service at 1:00 pm, Thursday, May 31, 2018 at St. Andrew United Methodist Church, 4703 N 50 West, West Lafayette, IN 47906 with Pastor Joseph Seger officiating. Interment will follow at Tippecanoe Memory Gardens in West Lafayette.