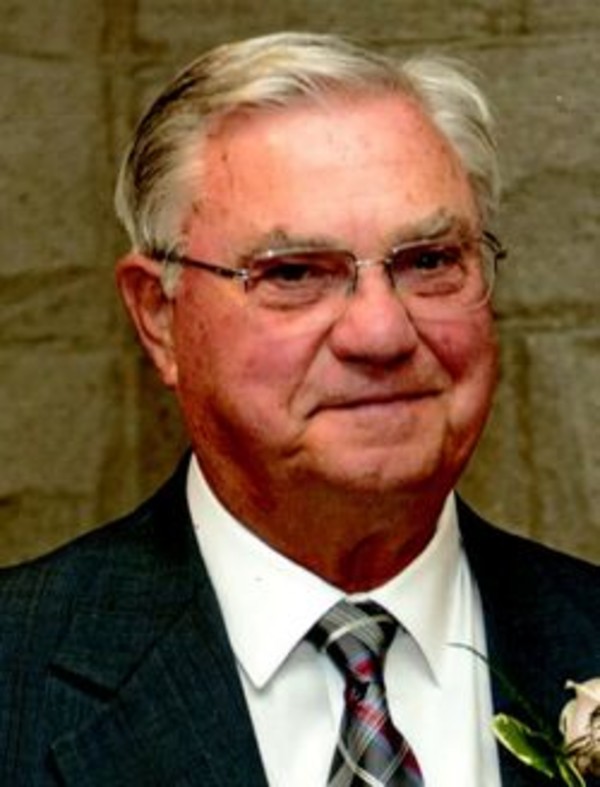 He served in the Army in the European Theatre from November 9, 1954 until his Honorable Discharge on August 14, 1957.

Jim married Barbara M. Thieme on January 12, 1957 at St. Boniface Church in Lafayette and she survives. Together 61 years, their marriage was a true partnership and blessed with five children.

Jim graduated from Lafayette Jefferson high school where he was the Indiana State Heavy Weight wrestling champion in 1952. He was offered a football scholarship and graduated from Notre Dame in 1960 with a bachelor’s degree in business. He was later inducted into the Indiana Wrestling Hall of Fame.

Jim started his career at National Homes before becoming a Journeyman Electrician with IBEW 686 Union, from there he worked for Lux Construction then owned Prairie Builders before retiring in 1999.

Jim was member of St. Mary Cathedral and enjoyed singing in the church choir and on the Parish Council. Jim was an active supporter and volunteer for the Catholic Schools. He also gave his time at Habitat for Humanity and other community organizations.

Jim was the oldest of seven children and was a loving and supportive older brother. His most cherished memoires were spending time with his grandchildren especially the summers in South Haven, MI.

He was preceded in death by a sister, Eileen Hilt.

Friends may call from 4:00 pm until the Rosary service at 5:30 pm, followed by a Mass of Christian Burial at 6:00 pm Monday, December 3, 2018 at St Mary Cathedral with Fr. Kyle Neterer and Deacon Jim Rush officiating.

In lieu of flowers those wishing may contribute in Jim’s name to Lafayette Catholic Schools, 2410 S. 9th St Lafayette, IN 47909.