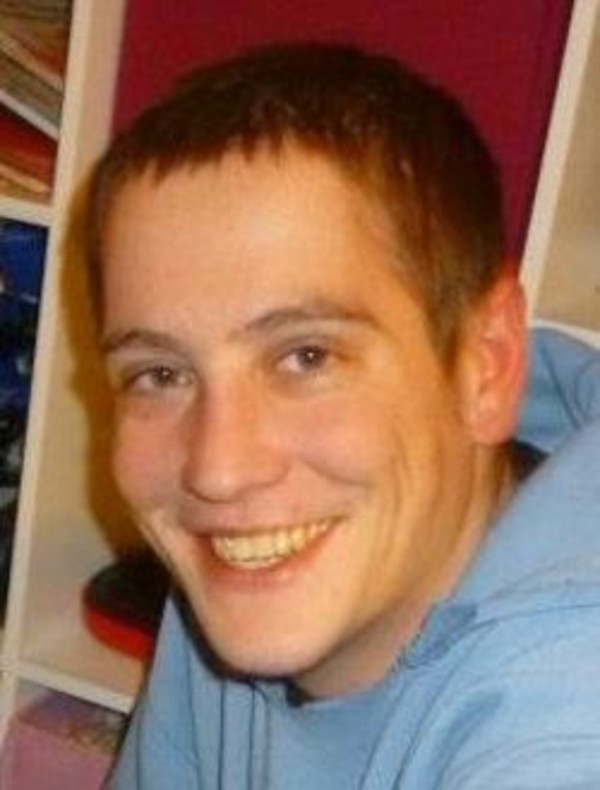 Jacob Charles Farrell, 25, of Lafayette, died at 7:52 PM Friday, June 14, 2013 at Indiana University Hospital in Indianapolis from complications of cystic fibrosis. He was born January 22, 1988, in Lafayette, to Kelly E & Becky Farrell of West Point. He graduated from McCutcheon High School in 2006 and Ivy Tech State College in 2013 with an Associate degree with honors in Computer Information Systems and Java. Jacob was a computer programmer at Thirty Five, INC and had also worked in IT for Attica School Corporation. He liked writing music and playing guitar, computers, and spending time with family and friends. Surviving along with his parents are a brother Lucas Farrell (wife Natalie) of Lafayette, a sister Kaycee Payne (husband John) of Attica and five nieces and nephews. Jacob was preceded in death by 2 nieces. Visitation will be 5:00 to 7:00 pm Wednesday June 19, 2013 at Soller-Baker Lafayette Chapel with Funeral Services starting at 10:00 am Thursday, June 20, 2013 at Soller-Baker Lafayette Chapel 400 Twyckenham Blvd Lafayette, IN 47909. Burial will follow at West Point Cemetery. Those wishing may contribute to the Cystic Fibrosis Foundation.