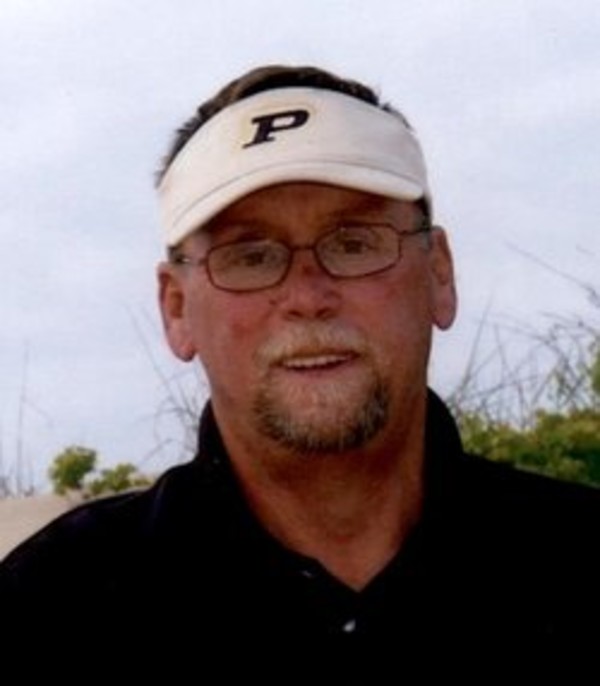 Jackie A. Halsema, 63 Jackie “Jack” Halsema, 63, of Lafayette, died at 1:40 PM Tuesday, May 20, 2014 at St. Elizabeth Central after a 2 and a half year battle with Renal Cell Carcinoma. He was born October 18, 1950, in Lafayette, to the late Leo “Putch” and Violet “Tootie” Halsema. In 1969 he graduated from Lafayette Jefferson High School where he excelled in baseball and football. On March 25, 1972 he married Janet Venable in West Lafayette. She survives. Jack worked at Scot Lad Foods and then General Foods. Upon its closing he began selling fork trucks. First, for Power Lift Inc. and then for Wiese Material Handling. He had also sold cars for Twin City Dodge and Bob Rohrman. He then began work at TRW. Jack enjoyed sports as he played several recreationally, including golf and softball. He played football for the Lafayette Generals from 1974-1976. He also enjoyed coaching his daughters softball teams and then watching his grandchildren play sports.Surviving along with the wife are daughters, Rissa Halsema, Angela Pickett (husband Luke), and Andrea Lawson (husband Tom), all of Lafayette, brothers, Jerry and Tom Halsema, sister, Sally Jean Harris, 7 grandchildren, Trevor, Tristan and Breann Halsema, Allison and Charlie Pickett, and Evan and Jenna Lawson. His mother-in-law, Thelma Venable and sister-in-law, Joyce Flynn also survive with numerous nieces and nephews. Visitation will be 5:00-8:00 PM Friday, May 23, 2014 at Soller-Baker Lafayette Chapel, 400 Twyckenham Blvd, Lafayette, IN, 47909. Funeral service will be Saturday, 1:00 PM also at the Lafayette Chapel with the burial following at St. Mary Cemetery. Those wishing may contribute to the American Cancer Society 5635 W. 96th St. Suite 100, Indianapolis, IN 46278.