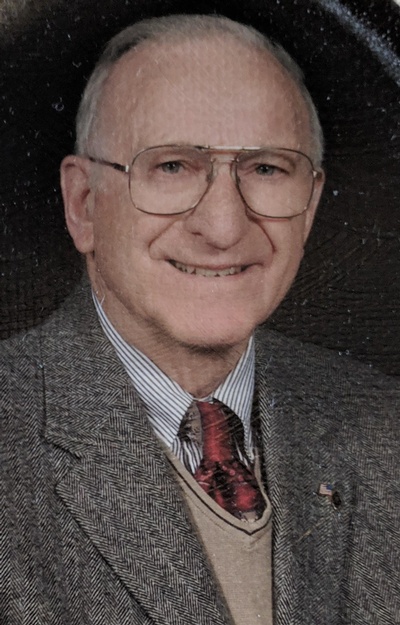 Horace (Ace) Tyler, beloved husband, father, grandfather, great-grandfather, and friend to many, passed away on March 28, 2019. He was born on September 14, 1923 at a family farm in Benton County, Indiana to Ida and Simeon Tyler, later moving to a farm in Jasper County near Remington, Indiana. He attended Gilboa Township school, graduating from Remington High School in 1941. His first job was with the FBI in Washington DC, during which time, he attended George Washington University. In 1942, he was drafted into the US Army and served as a combat medic in the China-Burma-India theater and received a Bronze Star. Upon honorable discharge at the end of the war he enrolled in Purdue University through the GI Bill and was a member of the Varsity Glee Club and Tau Kappa Epsilon Fraternity. He graduated in 1950 with a baccalaureate degree in Agricultural Economics, and later received a master’s degree in extension education from Colorado State University.

He started his career as the Assistant County Extension Agent for Gibson County and accepted a faculty position with Purdue University in the Agricultural Communications Department. On September 16, 1951 he married Ruth Pauline (Polly) Parke in Princeton, Indiana and made their home in West Lafayette. Spanning 40 years as an assistant professor, his roles at Purdue included ag communications editor, a well-known ag radio and television broadcaster, interim head of the Ag Communications department, assistant to the Dean of Agriculture, president of the Agricultural Alumni Association, and participated in establishing the Indiana Agriculture Leadership program. He retired as a professor emeritus, and continued in his service to furthering public education as a coordinator for the Wabash Area Lifetime Learning Association; and as a docent for campus tours.

Ace lived an active life in music, entertainment, and service to his church and community. He soloed with the Purdue Glee Club at President Truman’s inauguration, was tenor for several quartets (including the Umbilical Chords) that performed throughout the state, and emceed many events where his quick wit and showmanship were well appreciated. He played lead roles in Gilbert and Sullivan operettas with Lafayette Opera Guild, directed Ag School Christmas shows, planned themes and hijinks for the Ag Fish Fries, and served on the Lafayette Symphony board during its formation. He sang with and directed church choirs and was a soloist for 40 years at Temple Israel and numerous weddings. He was an elder in the Faith Presbyterian church.

He is survived by the love of his life, wife Polly; daughter Debbie Tutak (Leo) of West Lafayette; and sons Dan Tyler (Jerry) of Richland, WA and Tom Tyler (Kathy) of Kaneohe, HI. His grandchildren are Scott Tutak (Susan) and Christopher Tutak (Heidi), Trent Tyler and Jackie Tyler, and Sarah and Laura Tyler; and great grandchildren Olive Tutak and Nathan Henley. He will be fondly remembered by all that knew him for his cheerful conversation, thoughtfulness, compassion, and joy for life. Donations in his memory may be given to Faith Presbyterian Church, Purdue Music Organization, or cancer charity of their choice.