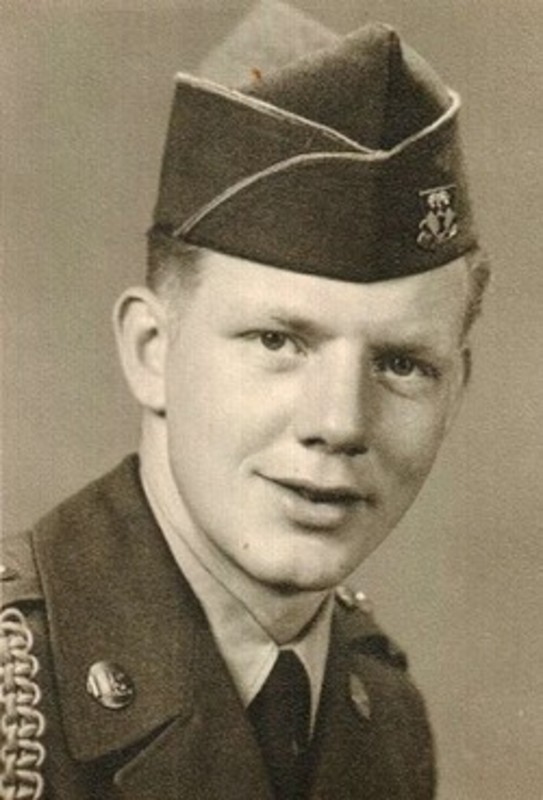 Herchel E. "Gene" Hoskins
March 7, 1933 - February 18, 2017
Print
Email
Visitation
Location Not Available
Service
Location Not Available
Tippecanoe Memory Gardens
1718 W. 350 North
West Lafayette, IN 47906
Herchel E “Gene” Hoskins, 83, of Lafayette passed away peacefully Saturday, February 18, 2017 at 3:08 PM at his residence in Lafayette.
He was born March 7,1933 in Attica to the late Herman G. and Elizabeth (Allenduff) Hoskins. He was a graduate of Lafayette Jefferson High School. After school, Gene enlisted in the Army in 1953 and served for 20 years. He served in both Korea and Vietnam where he was a tank commander in the Armored Division. On the first of his 3 tours of duty to Germany, he met the love of his life, Kunigunda Henn. They were married on January 29, 1957. She preceded him in death on December 16, 2006 just weeks short of their 50th wedding anniversary.
Upon retirement from the Army, he returned to the trade of carpenter. He worked for Payne Construction, Henry Poor Lumber and finally in the Physical Plant at Purdue University. He worked there for 22 years, retiring in 1998.
In addition to woodworking, Gene was an avid bowler. He spent many years bowling on the Purdue Staff League until he gave up the game due to declining health. He enjoyed watching police dramas and historical TV programs but, above all else, he cherished the time he spent with his family, especially his grandson, Adam.
He is survived by his 2 sons, Harold E. (Sandy) Hoskins of Ocala, Florida and Jimmy L. Hoskins of Lafayette; a brother Herman Hoskins of Bradenton, Florida; and a grandson, Adam P. Hoskins of Edwardsville, Illinois, as well as numerous nieces and nephews.
Along with his parents and his wife, he was preceded in death by a brother Lawrence “Bud” Hoskins and a sister, Judy McCord-Rice.
Visitation will be from 5:00PM until 8:00PM, Friday, February 24th at Soller-Baker Lafayette Chapel, 400 Twyckenham Blvd.
Funeral Service at 10:00AM, Saturday, February 25th at the funeral home with Pastor Robby Bradford officiating. Internment will follow at Tippecanoe Memory Gardens Mausoleum. Military Honors will be rendered at the cemetery.
In lieu of flowers, memorial donations my be given in Gene's name to the American Cancer Society.