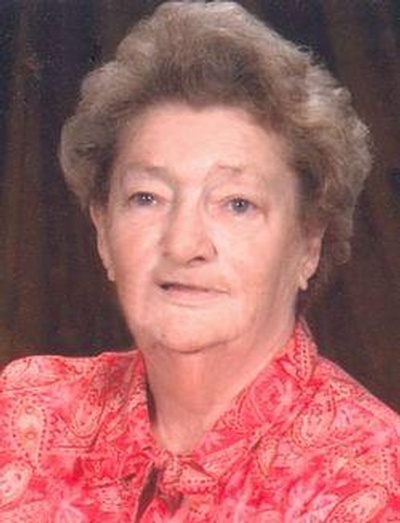 Helen G. Dewey, 89, passed into eternity at 12:30AM on Saturday, December 22, 2018 at Mulberry Health Center. She had suffered a stroke earlier in the month.

Mrs. Dewey worked in the housekeeping department at St. Elizabeth’s Hospital for many years before retiring in 1993. While there she was awarded the Elizabethan Award for Exemplary Service in 1985.

Mrs. Dewey served as a Girl Scout leader throughout the 1960’s, enjoyed cloth painting, was a member of the Moose Lodge Loomer’s Club and loved spending time with her family, particularly her sisters – Evelyn Ulrich (deceased), Delores Bolander of Attica IN, and Rena Mennen and Catherine Ferguson both of Lafayette IN. The sisters were all very close throughout their entire life.

Surviving are her children Dawn L. Hood (husband Gary) of Phoenix AZ, Andrea F. Plummer (husband Paul, deceased) of Monticello IN, Joseph B. Vandermark (wife Kathy) of Lafayette, IN and Allison M. Bate of Indianapolis IN. She also has grandchildren and many cousins, nieces, nephews and friends.

One may wish to donate to YWCA DVIPP (Domestic Violence program) in lieu of flowers.