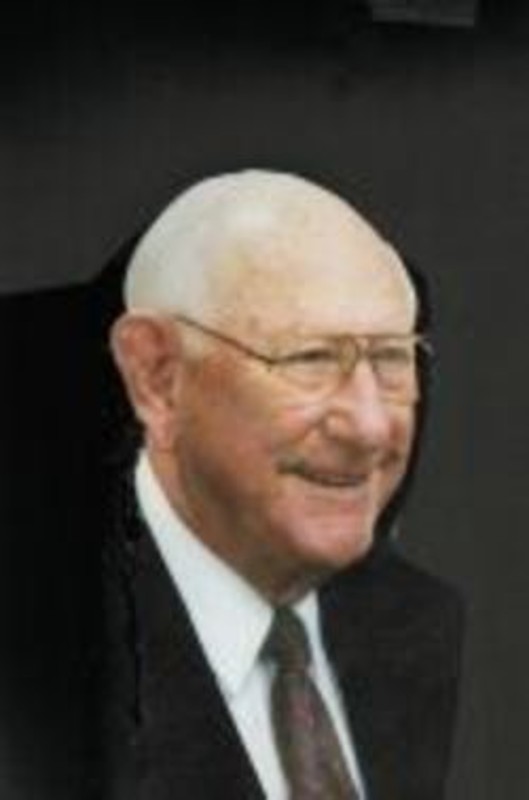 On Thursday, August 10th, the morning after the Colt World Series Championship game, Harry E. Bradway hit his final winning home run and landed safely on heaven’s home plate. He was 97. Born in Akron, IN on November 20, 1919 to Earl and Cleo (Kreighbaum) Bradway, Harry spent his formative years in Akron, IN, graduating from Akron High School in 1937. “Tedgie,” as he was known to most during those years, spent the next twelve years working for The Akron News before moving to Lafayette in 1952. Harry also worked for newspaper and radio in Marion and Seymour, IN. for three years prior to his move to Lafayette. He enjoyed a thirty-year career as a Sportscaster of high school and college sports for WASK radio during the great Henry Rosenthal era, where he was also an Account Executive.

Harry will be most remembered for bringing the Colt World Series to Lafayette in 1969. This was an accomplishment that he always shared with the entire Lafayette community, for without all their help and support, such a project could never have taken place. He was also a die-hard Jeff Broncho’s fan and Broncho Booster, receiving a special lifetime achievement award last season during a home basketball game. And yes…he loved those Cubs!

Harry received many other awards throughout the years, including his induction into the Indiana Baseball Hall of Fame, Sagamore of the Wabash, Grand Marquis de Lafayette for Community Service, two George Awards, the Joe E. Brown award from the National Pony League and the U.S. Baseball Federation Service Award to name a few.

In an interview with Jeff Washburn, former Journal & Courier sports writer in 2008,

Harry reflected on the two most thrilling moments of his sports career…Lafayette winning the 1977 Colt World Series… “with Denny Farner squeezing home the winning run” and the Jeff Broncho’s 1964 state title. “They could shoot the eyes right out of the basket. All of them…Jack Walkey, Denny Brady, Terry Stillabower, Dave Morrison and Stu Miller were great shooters!”

No doubt, Harry will be joining his old friends, Earl Richardson, John Eberle, Harry Olds and Duane Halsema in watching the 2017 World Series from their heavenly suite, well-stocked with popcorn, peanuts and Baby Ruth candy bars!

Harry made Sports his primary focus in life, whether he was coaching, calling a game or an avid spectator. He never married or had children of his own, but opened his heart and home to several boys in need throughout the years.

Many thanks to the wonderful people at Creasy Springs Health Campus for their exceptional care, kindness and friendship during the past several years.

Visitation will be on ­­­Sunday, August 13th at 12pm, one hour prior to the service at 1pm at Soller Baker Lafayette Chapel 400 Twyckenham Blvd. Come and share your memories of a “colorful” man who refused to give up. Burial will take place in Akron Cemetery in Akron Indiana.

Please remember Harry by fostering or contributing to a child in need or helping-out your local sports teams with uniforms and equipment. Harry would be so proud.