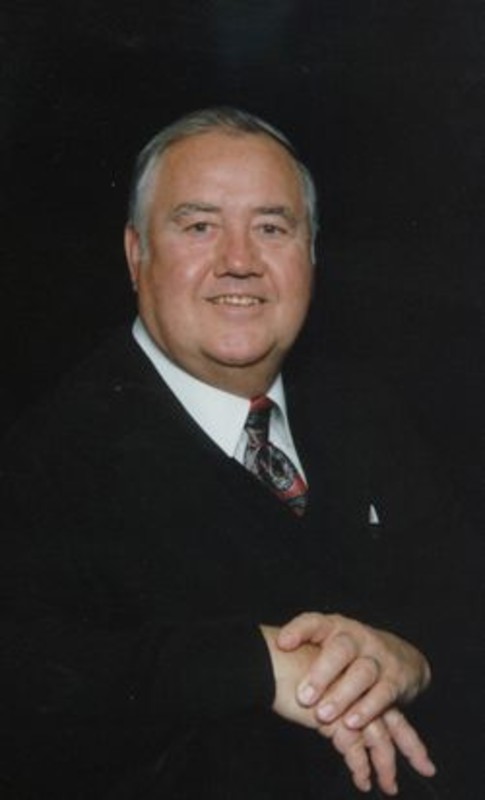 Harris C. Hine, 81, of Lafayette, died at 10:02 am, Tuesday, September 10, 2013 at St. Elizabeth East. He was born July 10, 1932, in Whitley County to the late Clarence and Ruth Harris Hine. He graduated from Jefferson Center High School in Whitley County. He married Wanda E. Hollenbaugh on January 5, 1952 in Roanoke and she survives. Harris worked 39 ½ years at Rea Magnet Wire before retiring in 1991. Harris was a member of St. Boniface Catholic Church and Eagles Aerie #347. He served on the Council Board for the town of Dayton for 17 years, was active in Jr. Achievement, and also served on the Dayton Volunteer Fire Deptment. Harris enjoyed fishing, golfing, most sports and was an avid Chicago cubs fan. Surviving are his four children Deborah Snider (husband Ross) of Indianapolis, Gary Hine (wife Belinda) of West Lafayette, Susan Hodge (husband James) of Lafayette, Dennis Hine (wife Kathleen) of Kansas City,KS; a son-in-law Tom Higbee of Lafayette; three sisters, Ramona Brown of Decatur, Elizabeth Scheiber of Laud, Bonnie Gilliam of Ft. Wayne; and his six grandchildren, Clayton Higbee, Walter Higbee(wife Kristy), Patrick Hodge (wife Kyela), Parker Hine, Natalie Hine and Nichole Hine. Harris was preceded in death by Daughter, Peggy A. Higbee, and a sister, Marie Hine Smith. Visitation will be from 1:30PM until the time of the Mass at 3:00PM Friday, September 13, 2013 at St. Boniface Church, 318 N. 9th St. Lafayette, IN with Fr. Timothy Alkire officiating. Burial will follow at Wyandotte Cemetery. Those wishing may contribute in Harris's memory to the St. Boniface Catholic Church.