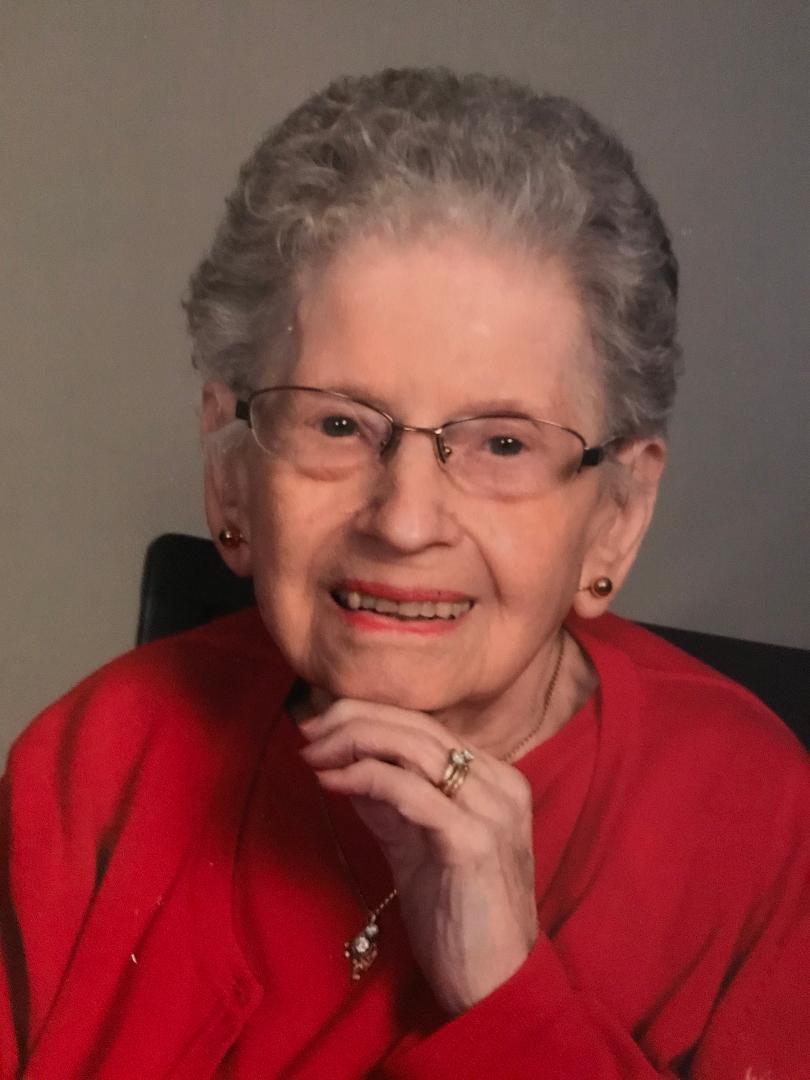 Harriet Fay Smith
June 20, 1920 - January 8, 2021
Print
Email
Service
The family will have a private graveside service with a memorial celebration at a later time.

Harriet Fay (Fisher) Smith, born June 20, 1920, passed away peacefully at Westminster Village on Friday, January 8, 2021, having reached the milestone of 100 “and a half” years.

Harriet was born in Bowersville, OH, to the late Herbert C. and Ada C. (Wolf) Fisher. She attended schools in Bowersville until the family moved to Chicago, IL where she graduated from Hirsch High School. She went on to MacMurray College for Women, Jacksonville, IL attaining a degree in English. After college, she went to work in downtown Chicago, working in the dental supply industry.

Harriet was an active member of Hyde Park Methodist Church in Chicago. It was there that she caught the eye of a young man who after church drama practice, asked Harriet if he could see her safely home. Thus began the romance of Harriet and William I. “Bill” Smith, who were married on February 15, 1947. Bill preceded her in death in April 1990, after 43 wonderful years.

Harriet enjoyed reading, sewing and an occasional motorcycle ride. She was a lover of music. Harriet and Bill loved dancing to music of the big band era. She was involved in church choirs and was director of the chancel choir at Community Presbyterian Church, Calumet City, IL for many years. Harriet continued her love of music after moving to Westminster Village, West Lafayette, IN in 2007 where she joined the Village Voices Choir. Harriet felt very blessed to be a resident of Westminster Village. She embraced volunteerism, being awarded Volunteer of the Year. She spent many early mornings in the mailroom, participated in various committees and read to health center residents. She took part in Friday morning Bible Study and rarely missed Vespers. Harriet had a smile and pleasant greeting for everyone at Westminster Village. Harriet was a true ambassador for Westminster Village and will be greatly missed.

In addition to her husband, Harriet was also preceded in death by her sister, Elizabeth Hall and great granddaughter Sophia June Biro.

Harriet’s family extend their deepest gratitude to all the staff at Westminster Village for the loving, compassionate care they have given her through the years. We would also like to thank Franciscan Hospice and specifically Amanda Moore for their love and care.

The family will have a private graveside service with a memorial celebration at a later time. In lieu of flowers, those wishing may contribute in Harriet’s name to either Central Presbyterian Church Foundation or Westminster Village Foundation.

Service
The family will have a private graveside service with a memorial celebration at a later time.
Send Flowers & Gifts
×
×
Donations
[donation_list][/donation_list]