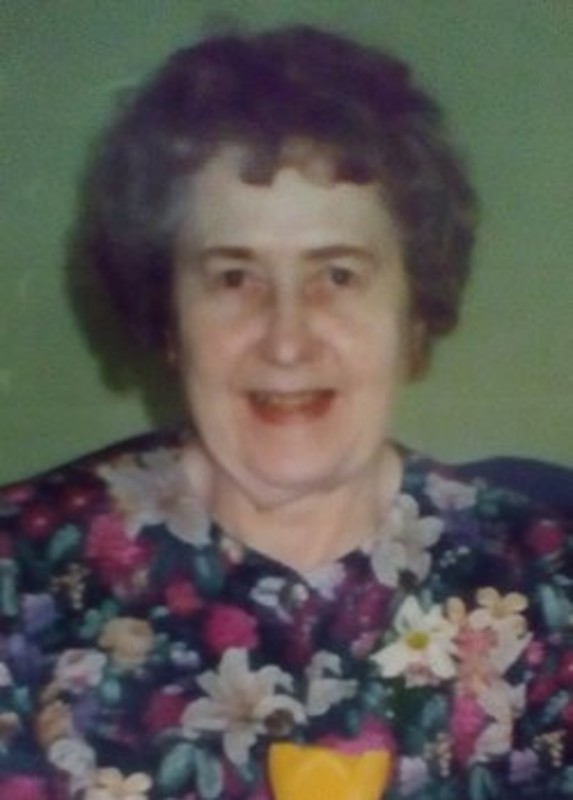 Grace Ellen Lehe, 88, died Tuesday, October 27, 2015 in Greenwood, Indiana where she had lived for the past five years with her daughter and son-in-law. She was born March 26, 1927 in Bottineau, North Dakota to the late William M. and Lela G. Martin. She was the wife of Lloyd E. Lehe, who predeceased her October 8, 1994, and they lived in the Wolcott area most of their life. She grew up on a dairy farm in Otterbein, Indiana, the second-born of six siblings all of whom preceded her in death: Florence Miller, William P. Martin, Dr. Robert D. Martin, Dale S. Martin, and Philip G. Martin. Grace graduated valedictorian from Otterbein High School and then went on to earn a B.S. in Home Economics from Purdue University. She married Lloyd Lehe August 27, 1949 and became a White County farmer's wife, putting her Home Ec degree into practice as a homemaker and mother. Grace and Lloyd had seven children: Carol (Bruce) Goodpaster (Littlestown, PA), Joyce (Mike) Jacks (Queen Creek, AZ), Melodee (David) Staggers (Greenwood), Mike (Connie) Lehe (Wolcott), Lori (John) Cochran (Indianapolis), Lisa Lehe Smith (Carmel), and Mark Lehe (Royal Palm Beach, FL). Grace enjoyed gardening and canning and freezing what she grew. She was an excellent seamstress, making clothes for her children and grandchildren, and a wedding gown for daughter Lisa. Grace and Lloyd enjoyed traveling to school board conventions during his ten years on the Tri-County school board. They were also charter members of the Monticello Gideon Camp which places Bibles in hotels and other locations. Grace had a generous, servant heart and knew how to encourage others practically and spiritually. She specialized in finding resources that were helpful to her family, friends and missionaries, and she gifted many with books, tapes, teaching aids and timely articles. She attended the Westside Bible Fellowship. In addition to her seven children, Grace leaves 32 grandchildren and 46 great-grandchildren. She also leaves a legacy of trusting the Lord and finding contentment in Him and stewarding well the gifts He gives.