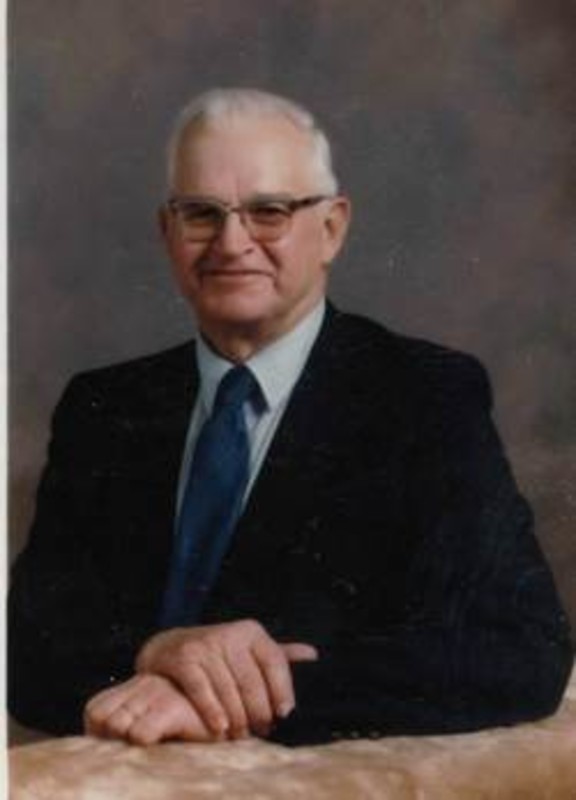 Gene Davisson Nesbitt passed away on January 22, 2013. Gene was born on April 18, 1920 to Claude F. and Nell Davisson Nesbitt. He grew up on the family farm in Jackson Township and graduated from Jackson High School in 1938 with several life-long friends. He attended Purdue University and farmed before enlisting in the Navy in 1942. He trained as a diesel engine mechanic and saw action on landing craft during the invasions of Sicily, the Philippines and several other islands in the Pacific Theater. After service he married Helen Albright on August 11, 1945. They lived in Crown Point and he worked as a carpenter building houses before returning to the Albright family farm in 1954. Throughout his life Gene was an active member of Jackson Heights and Montmorenci Methodist Churches and Immanuel United Church of Christ. He was also active in the Shawnee, Octagon and later Battle Ground Masonic Lodges and the Beulah Chapter of the Order of Eastern Star. He received the Award of Gold from both organizations. Gene served as Chair of the Board of the Tippecanoe County Farm Bureau for several years. He was a strong supporter of 4-H as a member, parent, leader and community member. Gene enjoyed being with family and friends. He taught his children and grandchildren life lessons as they farmed, worked wood, played cards and practiced music with him. Gene was preceded in death by his parents, a young sister, his brother Robert K. Nesbitt, and infant twin daughters. He leaves his wife Helen, brother David E. Nesbitt (Joyce), and children Janet L., Donald G. (Pamela), and Richard A. (Olivia) Nesbitt all of West Lafayette. He also leaves four grandchildren Mary Helen (Joe) Halsema, Samuel D. (Jessie), Benjamin A. (fiancé Monica) and Claire A. Nesbitt, one great granddaughter Karli, and several nieces and nephews. The family wishes to thank the physicians and staff of Westminster Healthcare, St. Elizabeth Hospice, Arnett Hospital and Physicians and Unity Physicians for their expertise and many kindnesses. In lieu of flowers, the family suggests contributions be made to the Indiana 4-H Foundation, Inc., Agricultural Administration Building, Rm 101, 615 W. State St., West Lafayette, IN 47907-2053 or a charity of choice. Visitation will be Friday, January 25th from 5:00 to 8:00 pm at Soller-Baker West Lafayette Chapel, 1184 Sagamore Parkway West, with Masonic services at 7:00 PM and Eastern Star services at 7:15PM. The funeral service will be on Saturday January 26th at 1:00 pm at the Soller-Baker West Lafayette Chapel with Pastor Gary Sims officiating. A private burial service will follow.