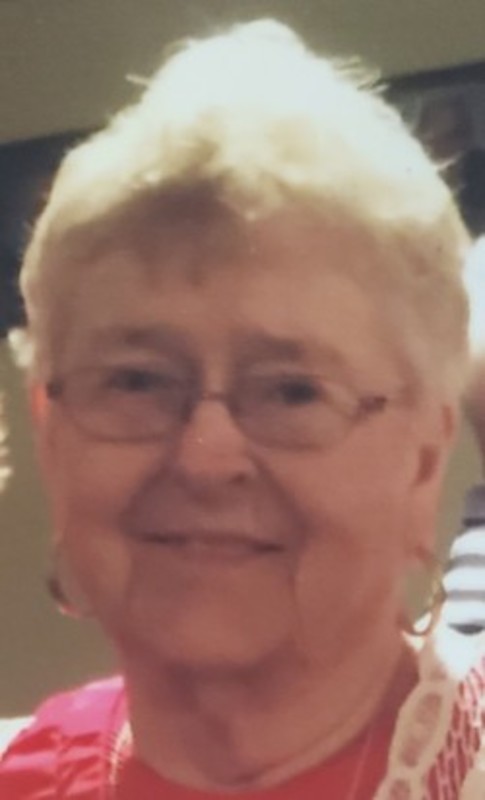 She was born April 27, 1935, in Doran, MN, to the late George and Fredda (Pasch) Larson.  She attended grade school in Doran, MN, and high school in Breckenridge, MN, where she was voted “Best Musician” when she graduated.  She was pianist at her church.  She was baptized at Doran Presbyterian Church and on October 1, 1955, she was united in marriage to Lynn Dale Poppe.  To this union there were five children.  They were divorced in 1983.

While living in Minnesota, she was employed at the Breckenridge, MN, Courthouse, and worked for the County Agent, Home Agent, 4-H Agent and Judge of Probate.  After moving to Indiana, she was secretary for Attorney John Lynch, Lafayette, Skelgas, Office Manager at Mulberry Lutheran Home and retired from Purdue University Athletic Department in 1999.  After retirement, she volunteered at Home Hospital for many years achieving 2000 hrs.

While living in Mulberry, she attended Mulberry Methodist Church and worked with the Children’s Choir, Bible School, Girl Scouts and was a member of Jr. Women’s Club.  She also was a pianist at her church as needed.

In lieu of flowers, the family requests memorial contributions to be given to Mulberry United Methodist Church or Evergreen Wesleyan Church of Lafayette.