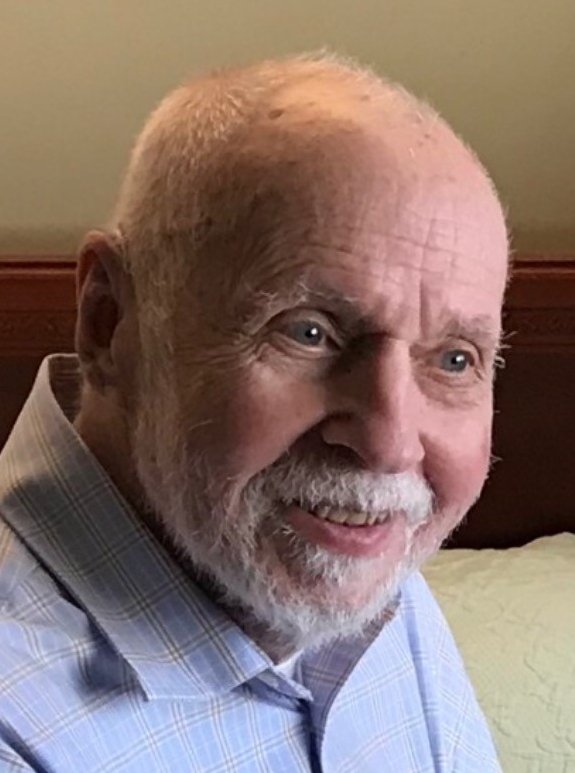 A celebration of David’s life will be delayed due to the pandemic.

David was born in Lafayette, Indiana on June 19, 1937, minutes after his twin sister, Diane Lux Razmic. He is preceded in death by his father Floyd Byron Lux, his mother Dorothy Neihardt Lux, and his sister Diane. He is survived by his wife of 58 years, Connie Krabbe Lux, his brother Fred Lux, and five children: Theresa Lux in Hingham, MA; Nina Brahm (Terry) in Indianapolis, IN; Susie Eros (Alex) in Lafayette, IN; David Lux in Lafayette, IN; and John Lux (Danielle) in Costa Mesa, CA. He is also survived by 10 grandchildren and counting.

David grew up in Lafayette, where as a young boy he was a soprano soloist in the all-mens/boys choir at St. John Episcopal Church. When he got older, he attained the rank of Eagle Scout, and in 1953 attended the National Boy Scout Jamboree in Orange County, CA. David attended Lafayette Jefferson H.S., where he graduated as the class Salutatorian in 1955. He was supposed to be the Valedictorian but was denied the honor because he skipped a few classes his senior year.

David graduated Phi Beta Kappa from Vanderbilt University in 1959 with a triple major in History, Political Science, and Economics. While at Vanderbilt, he was a member of the Naval ROTC Program, editor of the yearbook, president of his fraternity, and captain of the tennis team. As a Sophomore, David signed up for a Portuguese class with a reputation for being easy. However, when the professor was replaced weeks into the semester, the class became rigorous, reducing the class census from 75 to four. David stayed in the class, and took three years of Portuguese, a decision that would benefit him professionally.

After college, David began his military career in Seoul, South Korea as a Naval officer helping oversee the U.S Navy, the Korean Navy, and the U.S. Marine Corp. He was stationed 20 miles south of the 38th Parallel, where 50,000 U.S. troops were stationed.

After being discharged from the Navy, David accepted a job with TRW, a company building a steering gear plant in Sao Paulo, Brazil. TRW approached David to be the administrator of the new plant, partly because he spoke Portuguese. While in Brazil, David corresponded with friends back in the states, one who informed him that Connie Krabbe was joining the Peace Corp. When David learned this news, he sent a telex message to Connie, requesting that she reserve the church instead. So, in the fall of 1962, David flew home to marry Connie. The newlyweds lived in Brazil until moving back to Lafayette in 1966, with three Portuguese-speaking daughters.

Once in Lafayette, David entered the family business with his father and brother, which included both development and building companies. The companies capitalized countless projects, including the area in West Lafayette near the present-day corner of U.S. 52 and Salisbury Road. The companies bought large tracts of farmland on both sides of U.S. 52, developed the land, and built commercial properties that thrived for decades. These companies morphed into several companies over the years, with the last company being Lux-Klinker Homes, a partnership between David and his longtime friend and neighbor, Vic Klinker.

As a landlord, David often quietly helped tenants struggling with rent and utility payments. He enjoyed mentoring new business owners, sharing his time, talents, and treasure to help others succeed. He was a long-time member of the Harrison Kiwanis Club, where he loved working at the county fair corn booth. David was an avid tennis player, and taught all his children to play, never allowing them to lose their temper on the court. He enjoyed fishing, attending his children and grandchildren’s activities, and a plethora of dogs and cats that he endlessly doted upon.

David’s family would like to thank the staff at Westminster Village for their admirable, compassionate, competent, and loving care. The Lux family loves the staff, who treat their jobs like vocations.

A celebration of David’s life will be delayed due to the pandemic, with Soller Baker handling arrangements during the interim. Memorial contributions can be made in David’s name to the Westminster Residential Council, which funds staff holiday gifts; Lafayette’s Hanna Community Center; and HFC, a national non-profit organization  to care for families facing Alzheimer’s. https://wearehfc.org/

A celebration of David’s life will be delayed due to the pandemic.