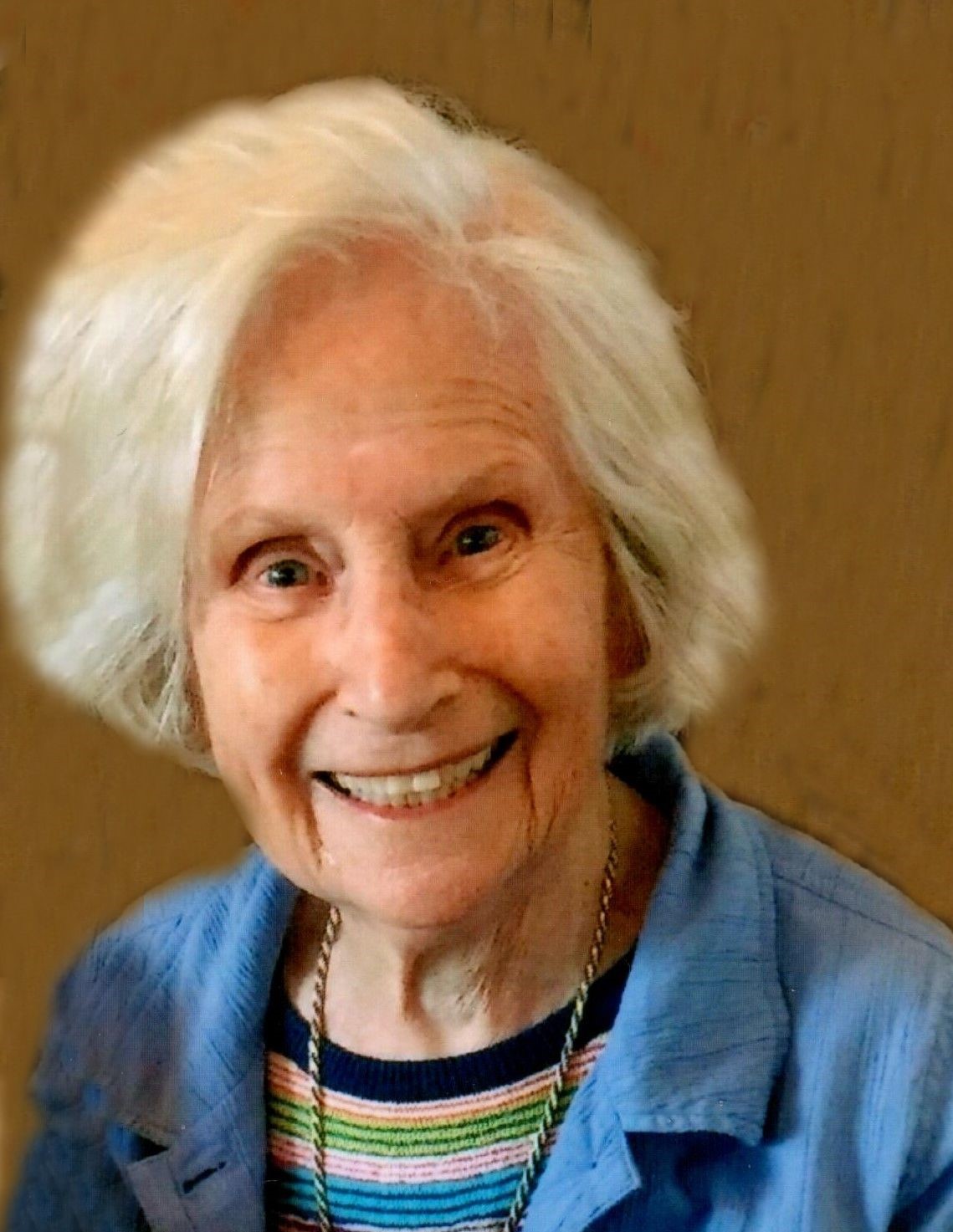 She was the fourth of nine children born to Edward Frey and Lily Huber Frey, of Remington, IN, and grew up on the family grain/dairy farm. She made a Christian faith commitment as a young woman and along with five of her siblings was baptized into the Apostolic Christian Church in Remington.

Evelyn graduated from Remington High School in 1940, and following graduation took a job at the Remington Bank. After several years she moved to Chicago to attend Ravenswood Hospital School of Nursing. She visited her family on weekends, taking the train home to Rensselaer, and on Sunday evenings her dad would drive her back to school. At the Apostolic Christian Church in Chicago she met Thelma Bauer and Joanne Klopfenstein, and after graduation moved with these two young women into what became known as the JET apartment—for Joanne, Evelyn, and Thelma. When Ev’s brother Lloyd visited her, he met Thelma, and they married in 1952. Evelyn and Thelma thus became sisters-in-law as well as lifelong friends.

It was at church that Evelyn also met Andrew Lehmann. They married in 1955 and moved to Los Angeles, where Andy had a job waiting in interior design. Ev worked as a nurse in corporate health, first for Occidental Insurance Company and then many years for Transamerica. The couple lived in LA until Andy’s death in 1993. Ev stayed in the area, eventually moving to a sunny new home in Lake San Marcos with a lovely view. In 2019 she moved back to Indiana to be near family.

Although Evelyn had a successful career in nursing, nursing was not her first choice. Her heart’s desire was to be a fashion designer, and although she made attempts here and there, she never found the opportunity to pursue it. She also had administrative gifts, and was organized and efficient. She loved both order and beauty.  She valued quality and took care of things. Even in her late 90’s she still used the Sunbeam toaster that had been a wedding gift.

An avid traveler, Evelyn visited several countries in Europe, as well as taking four cruises w/dear friends to different areas of the world. She was curious about the world, interested in people, always active with creative endeavors, taking classes of many kinds, trying new foods, etc. She enjoyed a diverse group of friendships. She was a reader, but her real passion was painting, and she has left us with many beautiful works of art.

Preferred memorials are to Compassion International, at Compassion.com, or 800-336-7676.