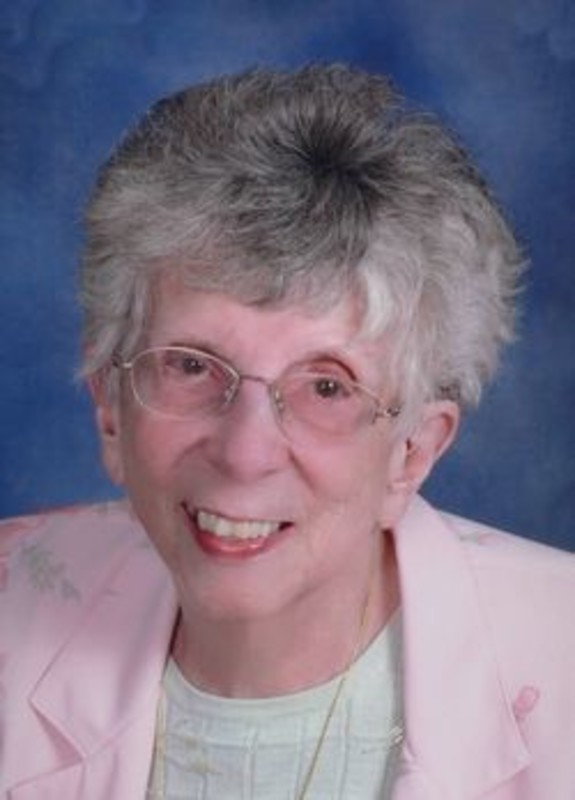 Elizabeth L. “Betty” Simpson, 91, of Lafayette, passed away at 3:00 am Tuesday, April 1, 2014, at St. Mary Health Care. She was born July 11, 1922, in Lafayette, to the late Edward and Leona C. Bratz Brenner. On July 25, 1948, she married George A. Simpson. He passed away on December 29, 1997. Betty was a homemaker and seamstress out of her home for several years. Betty had been a member of Congress Street United Methodist Church, American Legion Post #11 and 40 & 8 Auxiliaries, American Legion Ladies Bowling League, a 50 year member of the Euchre Club and loved to play Solitaire. Surviving are a daughter, Rita Buckles (Dave) of West Point; three sons Chuck Simpson (Debi) and Michael A. Simpson both of Lafayette, Ray R. Simpson (Mary) of Bringhurst; a step-brother, Ralph Reynolds of Lafayette, step – sister, Wilma Mahoney of Georgia, step-sister-in-law, Jean Reynolds of Lafayette, sister-in-law, Olive Brenner of Lafayette, along with eight grandchildren and ten great grandchildren. Betty was preceded in death by a brother Edward Brenner, Jr. and a step-brother Robert Reynolds. Visitation will be 4:00 until 7:00 pm Wednesday, April 2, 2014, at Soller-Baker Lafayette Chapel with the funeral service to be held at 10:00 am Thursday, April 3, 2014, at Soller-Baker Lafayette Chapel. Rev. Clarinda Crawford will be officiating. Burial will follow at Tippecanoe Memory Gardens. In lieu of flowers those wishing may contribute in Betty's name to the Congress Street United Methodist Church or Food Finders.