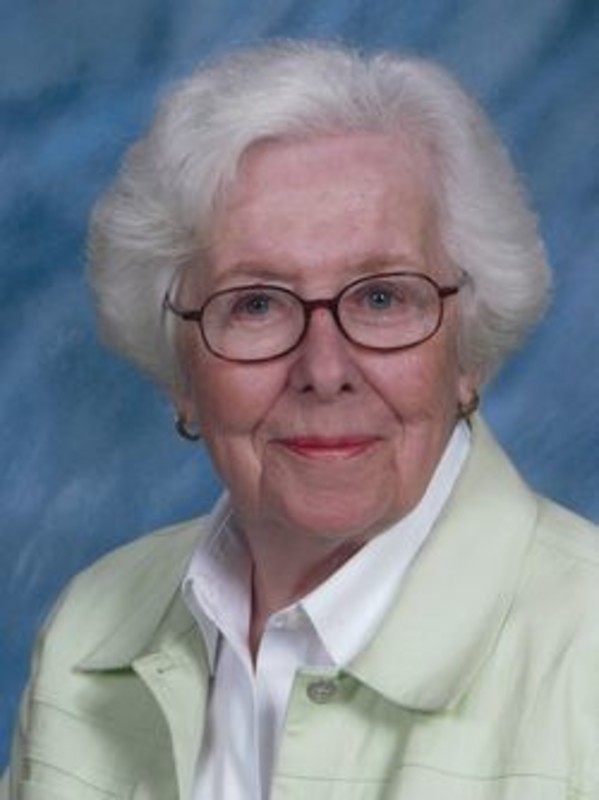 Elizabeth “Betty” Catherine Onorato of Lafayette, passed away peacefully on June 12, 2015 in Indianapolis, where she had relocated to be closer to three of her daughters. Betty was born November 9, 1924 to the late William and Agnes Mary Toomey and raised in Chicago, Illinois. She married Dr. Joseph J. Onorato on July 9, 1949. Together they raised eight children and lived their life providing love, faith, comfort and guidance to their eight children. Betty was a dedicated, loving mother and homemaker. She was active in St. Mary's Cathedral School and Church, PTA, Mother's Club, Central Catholic, CFM (Catholic Family Movement), and Catholic Women's Study Group. She was a creative seamstress and made many prom/dance dresses for her six daughters, she quilted and made many quilts for her children and grandchildren. She loved to read and was an avid gardener. Before her marriage she worked as an American Airlines “Stewardess”. She was featured in Life Magazine as the “Noxzema Girl” wearing her flight uniform. Betty is survived by seven of her children: Mary Beth Onorato, husband Jeffrey Day of Carmel; Susan Onorato Blue, husband Wendel, of Marietta, GA.; Kathy Onorato Tully of Carmel; Tim Onorato, wife Cathy, of Hilton Head, S.C.; Lynn Onorato Spartz, husband Terry of Zionsville; Nancy Onorato Potter, husband Ted of Ashburn, VA.; David Onorato, wife Krissy of Cincinnati, OH. Also surviving are her sister, Theresa McCarthy of New York and her brother, Larry Toomey of Texas, along with twenty-one grandchildren and six great grandchildren. She is preceded in death by her daughter, Patricia Onorato Busch, May 2000, her husband, Joseph J. Onorato, July 2001 as well as her brothers, William and Edward Toomey and sister, Mary Conway. Visitation will be from 5:00 until 7:00 pm on Thursday, June 18 at Soller-Baker Lafayette Chapel 400 Twyckenham Blvd., Lafayette, IN 47909. A Mass of Christian Burial will take place at 11:00 am on Friday, June 19 at St Mary Cathedral, 1207 Columbia Street, Lafayette. Burial will follow at St Mary Cemetery. Memorial contributions may be made to Patricia Onorato Busch Central Catholic Scholarship Fund or St. Mary Cathedral.