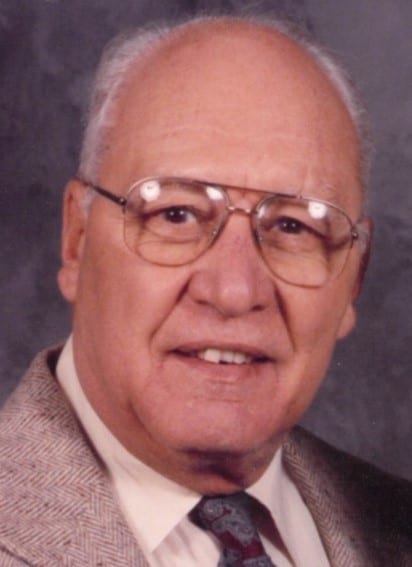 Dr. “Sayed” El-Sayed Mohammed Gaafar, husband, father, grandfather, great-grandfather, educator, scholar, Egyptian, American and friend, passed peacefully from us on October 28, 2019 at Westminster Healthcare, West Lafayette. He was born in Kafr Abou-Dawood, Tanta Egypt to Mohammed Hegab and Bahia Salama Gaafar on January 18 1924 and was the eldest of 10 children. He married Irma Eileen (Birdie) Bird on August 31, 1949 and she preceded him in death on December 24, 2003. He later married Betty “Jane” Miller on November 11, 2006 and she preceded him in death on October 2, 2014.
Sayed received his primary and secondary education in Sinai, Tanta and Alexandria Egypt. He graduated from the College of Science at Cairo Egypt and received a Doctor of Veterinary Medicine (DVM) from the College of Veterinary Medicine Cairo. He came to the US in 1947 where he completed post graduate work at Kansas State University receiving his M.S. and PhD. In 1955 he received his American DVM at Texas A&M University.
Sayed move to West Lafayette in 1958 when he was hired as the first Assistant Professor of the newly formed Purdue University College of Veterinary Medicine. He was made a tenured professor in 1964 and he remained on the Purdue Vet School Staff until he retired in 1991. During his tenure at Purdue he enjoyed working on a number of academic assignments in various places throughout the world, including England, Iraq, Libya, Saudi Arabia, Egypt, Thailand, and Japan. Sayed published nearly one hundred peer reviewed papers and books all primarily on the topic of his research interests in Parasitology.
Sayed met Irma Eileen “Birdie” Bird while at Kansas State. They were married in 1949 and remained together for 54 years until she passed in 2003. They enjoyed seeing the world together, playing bridge and entertaining as often as possible.
Sayed married Betty Jane Miller in 2006. They remained together for 8 years until she passed in 2014. They enjoyed traveling the world, visiting with their extended family and continued involvement in the West Lafayette community.
If he was not doing research, Sayed could be found volunteering in many organizations. He was a member of the Lyons Club (50 years), the Masonic Lodges in both Dallas and West Lafayette (50 years, Past Master, Secretary) Eastern Star (Past Worthy Patron), Optimist Club and was a Red Coat Volunteer at Home Hospital (25 years). Some his activities included stirring the pot at “The Feast of the Hunter’s Moon” or passing out eye glasses in Latin America.
Sayed loved the Boilermakers, it was common to find him in the winter wearing a Purdue stocking cap and Boilermaker Jacket or taking tickets at the gates of Ross-Ade Stadium before the Boilermaker games. He was a long time supporter of Boilermaker Basketball, holding season tickets from 1968 through 2012.
Sayed is survived by three brothers , Saiid, Kamal and Salah and two sisters, Nabila and Tahia all in Egypt, his children, Joe (wife: Kathy) of Indianapolis, Indiana, Wayne (wife: Sophia) of Phoenix, Arizona, Dan (wife: Susie) of Carmel, Indiana and Gail Snyder (husband: Tom) of Charlotte, North Carolina. He is also survived by Jane’s children, Sonnie O’Bryan of Lafayette, Stewart Miller of West Lafayette and Cheryl Trombley (husband: David) of West Lafayette. Sayed loved spending time with his family including his six grandchildren and five great grandchildren.
Sayed will be missed.
Memorial contributions in Sayed’s name may be given to Purdue University College of Veterinary Medicine at https://www.purdue.edu/vet/giving or by mail at Purdue University, College of Veterinary Medicine, Office of Advancement, Lynn Hall, Room 1177A, 625 Harrison St, West Lafayette, IN 47907.
Visitation will be from 10:30 am until 12:00 (noon), Friday, November 29, 2019, Soller Baker Funeral Home, West Lafayette Chapel, 1184 Sagamore Parkway West, West Lafayette
A small, graveside service will follow at Tippecanoe Memory Gardens, 1718 W 350 N, West Lafayette at approximately 12:30 pm.
Share memories, leave condolences, and sign the guest book at www.soller-baker.com.