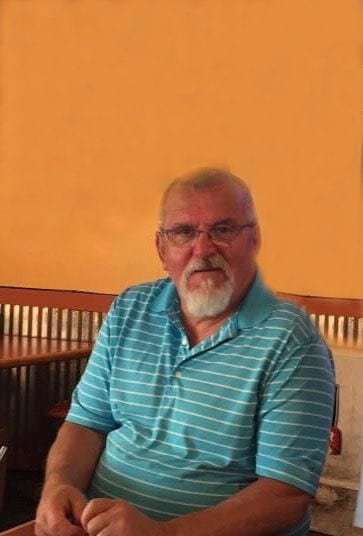 On Tuesday, September 8th, 2020, Douglas Appleton loving husband, father and grandfather passed away at the age of 70 surrounded by his family.

Doug was born on September 28th, in Lafayette Indiana to Oakley and Wanda (Rupley) Appleton. Doug attended Lafayette Jefferson High School until his acceptance into the United States Marine Corps. Doug served 2 tours of duty in Vietnam where he was awarded the Purple Heart for wounds suffered during combat. After Doug returned to the states he worked for Ewing Honda in Lafayette and then spent 28 years as a heavy equipment operator for Fairfield Builders Supply and Vulcan Materials until his retirement in 2007. On June 17th, 1978 he married Vicky K. Frier of Lafayette.

Doug enjoyed spending time with his family especially his two grandsons. Doug was an extremely hard-working man that did whatever was necessary to provide for his family. He enjoyed hunting and riding his Harley Davidson. He enjoyed vacationing in Florida yearly and traveling during his retirement. One of Doug’s greatest qualities was his work ethic and his willingness to help those close to him. Doug was a longtime member of the I.O.U.E Local 103.

Doug was preceded in death by his father, Oakley, his mother Wanda and his stepmother Eva. Doug was also preceded in death by his father-in-law, Harry Frier and his stepbrother Bob Nance. He is survived by his wife Vicky and two children Stacie (Tim) Golleher of Lafayette and Brian (Susan) Appleton of Lafayette and stepbrother Louis (Marilyn) Nance of Flora and sister in law Fran Nance. Doug is also survived by his mother in law Betty Frier and sister’s in law Jenny (Bob) Patrick and Angie Frier. Doug also left behind his two grandsons Mason Appleton and Ryder Golleher which were his pride and joy. Doug is also preceded in death by his loving dog Kelso.

A visitation will be held Sunday September 13th at Soller-Baker Funeral Home ( Lafayette Chapel 400 Twyckenham Boulevard) from 2-4pm. Doug’s funeral service will be held on Monday September 14th at Soller Baker at 1:00pm and his burial will follow at I.O.O.F Memorial Gardens in Delphi, Indiana. The family ask donations to be sent to T.B. Rescue. MASKS ARE REQUIRED. You may sign the guest book and leave memories at www.soller-baker.com