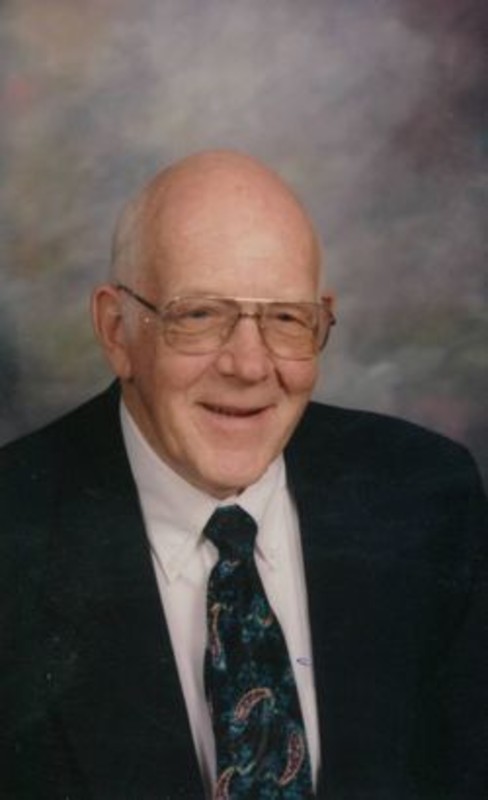 Douglas B. Morrison passed away and went to be with the LORD on May 1, 2016, at Century Villa Healthcare Center in Greentown, near Kokomo, Indiana, after living 4 wonderful years at Westminster Village of West Lafayette. He was preceded in death by his wife, Beverly, whom he married in 1946. Surviving are his children, Scott Morrison of Scottsdale, AZ, Brad Morrison of Bloomington, IN, Lynn Deno (husband Dave) of Kokomo, IN, and Kent Morrison (wife Elaine) of Zionsville, IN. Also surviving are 6 grandchildren, 4 step-grandchildren, 6 great-grandchildren and 4 step-great-grandchildren.
He was born in Butte, Montana, and raised in Bozeman where he grew up fly fishing, hunting and snow skiing in the Montana Rockies with his only sibling Alan.
Doug served his country in WWII as a lieutenant in the US Army Air Corp. As a navigator on a B17 he and his crew were shot down in May 1944 after their 5th mission. He was a POW at Stalag Luft III, and then Stalag 3A, until his release by General George Patton and his forces in May, 1945.
He received his BS from Montana State University, his MA from University of Washington in Communications, and then did extensive graduate work at Northwestern and Purdue Universities, in Organizational Communication.
Doug was a recruiter at Big Ten colleges for Alcoa for 17 years before working at Purdue University, where he worked in management in the English Department, at LARS (Laboratory for Application of Remote Sensing), and the EE Department, retiring at age 70.
He was deeply involved with his church as an ordained Presbyterian Elder and Deacon and as Deacon of the Federated Church in West Lafayette. He served as President of the Inter-Church Council while a student at Montana State University. Doug sang in church choirs and many other groups for over 75 years and especially looked forward to singing with the “Freedom Singers” on the fourth of July.
Drama and poetry were other passions of his, performing in numerous productions in Civic Theater, Civic Poetry Readers and Chancel Repertory Theater in Lafayette for many years. He had an unmistakable, deep voice and would recite poetry for family, friends and nursing homes from memory.
Doug was heavily involved in sports as a participant and an organization leader in tennis, golf and bowling. He served as an organizer of the local Senior Games while earning local, state and national medals in the Senior Olympics. He is in the Bowlers Hall of Fame, and was President of the Lafayette Bowling Association, also serving as Director and Chairman in other sports through the years. He was an avid bridge player and was still golfing at age 93.
He flourished in his retirement, travelling the USA with his beloved wife Beverly, participating in sports, visiting his family and volunteering extensively in his community. Doug was recognized most recently for his work for the United Way’s “Read to Succeed” program, interacting with hundreds of students in the Tippecanoe School Corporation over many years. He also drove the American Red Cross van for veterans needing transportation to Indianapolis. Recently he was also named Veteran of the Year in West Lafayette.
As a member of the American Legion Post 38 and because of his WWII experience, Doug was a keynote speaker for many patriotic community events. He spoke extensively about his POW experience at schools and various organizations, especially during Memorial Day and Veterans Day.
Reverend John Williams from Federated Church was present with a small gathering of family at the Tippecanoe Memory Gardens for words of remembrance and a committal prayer before Doug’s body was laid to rest on Thursday afternoon, May 5th, 2016.
The Memorial Service and Life Celebration for Douglas will be held at Federated Church in West Lafayette, on Saturday, May 14, at 4 p.m. with Rev. Dr. Gary L. Reif officiating. There will be visitation prior to the service, at 3 p.m.
In lieu of flowers, donations may be directed to Federated Church, 2400 Sycamore Lane, West Lafayette, IN 47906, or the American Red Cross (in appreciation for their life-giving care packages during Doug’s imprisonment in Germany).