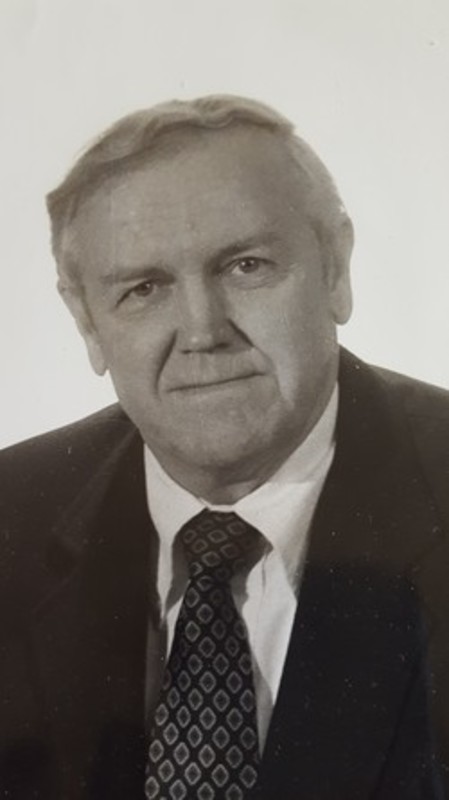 Raised in Columbus, he attended Miami University for two years, transferring to The Ohio State University where he received a B. Sc. and completed the degree of Doctor of Veterinary Medicine.  Coming to Purdue in 1949, he completed his Masters and then his Ph. D in 1953.   Dr. Gustafson served as the Curriculum Committee Chairman from 1957-1962, at which time both the pre-veterinary and professional curriculums at Purdue were developed.  His distinguished veterinary career encompassed research, teaching and consulting in the fields of virology and molecular biology.  He was widely known for his work on animal viral diseases including hog cholera, pseudorabies, sheep scrapie, chronic equine enteritis, and Newcastle disease in chickens.

During his years at Purdue, Dr. Gustafson worked with the USDA, the National Institutes of Health, the National Academy of Sciences, and was active within the AVMA.

He received numerous honors including being named a Distinguished Alumnus of The Ohio State University College of Veterinary Medicine and the F. L. Hovde Award for contributions to animal agriculture in Indiana.  He served on the University Senate, and various other university committees.  After 35 years, he retired from Purdue as Leo Philip Doyle Emeritus Professor of Virology.

Dr. Gustafson was a member of First United Methodist Church of West Lafayette, Lafayette Rotary Club, Sigma Chi Fraternity, President’s Council of Purdue University, the John Purdue Club, and B.P.O.E. #143. After retiring from Purdue, he served on the Advisory Board of the Lafayette Salvation Army, the Executive Board of Lafayette Rotary, the Tippecanoe County Historical Society, and was an active member of the Purdue Retirees Association. A certified US Track and Field Official, he enjoyed working the track and cross-country meets at Purdue, which he did for 60 years.

Dr. Gustafson was preceded in death by his parents, wife, three brothers and a sister.  He is survived by his sons John, and Andrew and daughters Sara Surber (Dan), Jane Roberts (Steve) and Kristen Carr (Jon); thirteen grandchildren, and six great grandchildren.