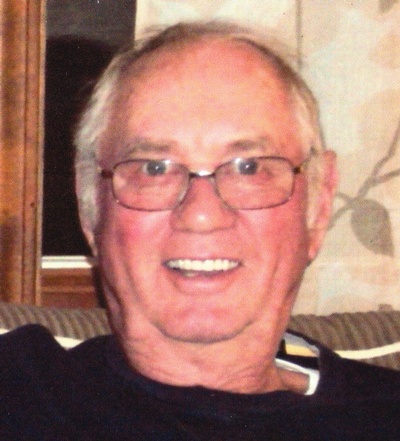 Donald passed away in Indianapolis, IN on May 1st. He was the son of Margaret E. (Morris) & William F. Terry, born in West Lafayette, IN on Oct. 9, 1934. Don was raised by Frank and Opal Terry.

After high school he went to work at Alcoa Aluminum Co. In 1958 he started work at Taystee Bread Co., before becoming a delivery man for Wonder Bread Co., retiring in 1995. On Dec. 2, 1955 he married Shirley Joan Muston at Hope Chapel Presbyterian Church. They have two daughters, Kimberly and Karen.

Don was an avid fisherman, golfer, bowler and outdoorsman. He knew the Wabash River like the back of his hand. Don loved family time with his children, grandchildren, and many nieces and nephews. He had many long-time friends and neighbors, and if you were a friend of his, you were a friend for life. He was a teller of tall tales — some of them true.

Visitation will be held Sunday May 5th from 4 to 6 PM at Soller-Baker Funeral Home on Twyckenham Blvd. The funeral service will be held Monday, May 6th at 11 AM with Rev. Kevin Bowers officiating.

Memorial contributions can be made to Bethany Presbyterian Church, Lafayette or The Parkinson Association. Interment will follow at Tippecanoe Memory Gardens.