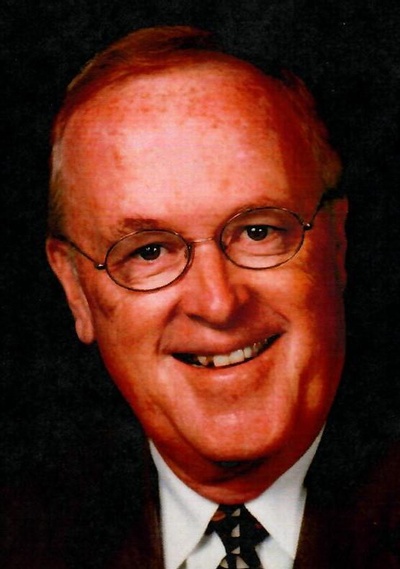 Donald “Don” M. Rees, 84, of Lafayette passed away Sunday, February 17, 2019 at Mulberry Health. His wife, Jean Anne, of 56 years was holding his hand when he passed. Family and Friends were also by his side.

Don was born February 5, 1935 in Pekin, IL to the late Harold and Edith (Mason) Rees. He was a 1953 graduate of Delavan High School in Delavan, IL. Don worked for 46 years at State Farm Insurance Company, starting at State Farm in Bloomington, IL at the original Home Office. He then transferred to the Illinois Regional Office where he met Jean Anne Mason. Jean Anne came to the Illinois Regional Office for training before State Farm opened the Indiana Regional Office in September,1961. She was trained for Don’s position when he was promoted to the State Farm Auto Claims Department. Don decided to stay in Indiana and they were married on April 14, 1962 at Congress Street UMC.

Don was a wonderful and loving husband. Everyone always had a good time wherever he was and he was liked by everyone he met. He enjoyed reading about history, religion, and autobiographies – no novels. Don and Jean collected antiques and made buying trips to Pennsylvania in the Spring and Fall. They also participated in antique shows in the local area. He enjoyed traveling and Cabo San Lucas, Mexico was his favorite place to visit.

He was a member of Jackson Heights UMC and was past President of the church advisory board and was a trustee. Don and a friend helped form the Big Brother Big Sister program here in Lafayette and he had a little brother. He was a representative for Court Appointed Special Advocates (CASA) and worked as a solicitor for the United Way and was awarded Solicitor of the Year. After his retirement from State Farm, he worked as a realtor with F.C. Tucker, Lafayette.

Thank you to the Mulberry Health staff and nurses and to Franciscan Hospice for the wonderful care given to Don.

Memorial contributions may be given in Don’s name to Jackson Heights United Methodist Church, 6825 State Road 28 W., West Point, IN 47992. Envelopes will be available at the funeral home.